Jennifer Aniston visited Chelsea Handler’s show this week to promote her new film. The women must have forgotten the cameras when they mocked Katie Couric for asking Handler about Aniston’s wedding. 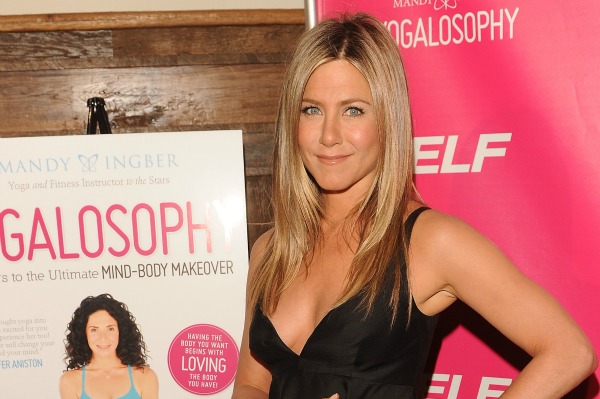 Jennifer Aniston and Chelsea Handler have been BFFs for years and that friendship was clearly evident on Aniston’s recent visit to Handler’s E! show. It turned into a snarky, girls’ gossip session. The woman on the receiving end of their mocking was talk show host Katie Couric.

On Wednesday night, the former Friends star appeared on the Chelsea Lately show to promote her upcoming film We’re the Millers. Handler told a story to Aniston about her visit to the newswoman’s daytime show and how she asked about Aniston’s wedding to fiancé Justin Theroux.

Handler shared, “Katie Couric was asking me on her show about your wedding, and I had to act like I didn’t even know you were engaged because I didn’t know that was out,” said Handler, who is a close friend of Aniston’s. “Then she was like, ‘Well, everyone knows about it!’ So, I felt really stupid.”

Even though the Katie show host put Handler in a weird position at the time, Aniston decided to make a snide comment about Couric.

She quipped to Handler, “What’s Katie Couric? Is she a legitimate journalist? Is she getting tabloidy? Wasn’t she on the Today Show?”

“She was on the Today Show. She got a demotion to her own show,” quipped Handler.

Yikes! The conversation most likely was Aniston’s knee-jerk response to being protective about her private life with screenwriter Theroux. She has been hounded by the press ever since her split from first husband Brad Pitt ended with him jumping into Angelina Jolie’s arms.

Couric had no comment on the mean girls’ conversation as of press time, but that will probably be the last time she ever asks Handler for the inside scoop.