On Thursday, Fox executives confirmed that Keith Urban will be returning to American Idol next season. The latest rumor also has Jennifer Lopez coming back for another season at the judges’ table. 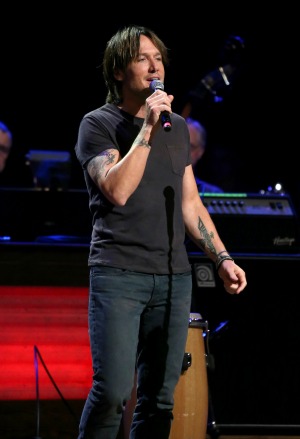 American Idol went through such a tumultuous year in Season 12 with the media focused more on bickering judges Nicki Minaj and Mariah Carey than the contestants. It looks like they are going back to basics with Season 13.

On Thursday, Fox Chairman of Entertainment Kevin Reilly announced that country singer Keith Urban will be returning to the singing competition show.

At the Television Critics Association panel, the executive shared, “I will confirm that Keith is returning to show. Keith did a great job last year. Fans really loved him. Keith’s a really funny guy. He didn’t get to shine last year.”

Urban was stuck in the middle of the two music divas who couldn’t even look at each other by the end of the season. The show also suffered in ratings as a result of their feud. After the season finale, AI lost original judge Randy Jackson along with Minaj and Carey while executive producer Nigel Lythgoe was fired so Fox could retool a very tired format.

Up until today, fans only knew that host Ryan Seacrest was back to helm the talent show. Now that the country singer is confirmed, rumors are rampant that another former judge is returning to American Idol, Jennifer Lopez.

A source told People magazine that J.Lo is “very close to signing a deal with Fox to return to American Idol next season.” Last season, the producers even flirted with having the “On The Floor” singer replace Carey mid-season when she threatened to exit the show due to her ongoing tiff with Minaj.

The source continued, “Both Fox and Jennifer are very happy about this and want it to happen very much.”

If Fox works out a contract with Lopez, she would return for her third season on the show after taking a year off to focus on her world tour.

One thing is for sure, the network wants the attention on the contestants for Season 13.

As studio executive Reilly revealed, “We want judges in that are good… [let’s] refocus attention on contestants. Marketing skewed it this year, and that took that away [from the contestants].”