The new Doctor arrives on Sunday. 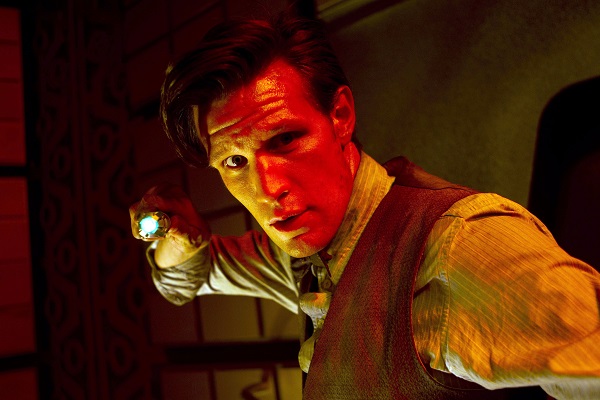 The new Doctor on BBC’s Doctor Who will be announced on Sunday!

“The decision is made and the time has come to reveal who’s taking over the TARDIS. For the last of the Time Lords, the clock is striking twelve,” says writer Steven Moffat.

The announcement will be made on BBC America at 2/1c. The very special, live announcement will last 30 minutes and feature interviews with the brand new Doctor and Moffat as well as the current doctor, Matt Smith. We’ve also been promised special guest appearances from former Doctors and companions.

We learned earlier today that the BBC was promising a huge announcement in regards to Doctor Who and, of course, became giddy with excitement. What could the news be? Do we know who will replace Smith when he leaves at Christmastime? Will we finally learn the exact date of the Christmas Special? (Nov. 23 is the date for the 50th Anniversary episode, by the way.)

Dreamcasting: Our choices for the new Doctor >>

Or… Could it possibly be something else… something even bigger? We couldn’t fathom what the news might be or how it could possibly be bigger. Fans all over Tumblr (which is practically the land of Whovians) were foaming at the mouth, convinced that the news would be the name of the twelfth Doctor. We were skeptical, though. It wasn’t that long ago that we talked with Moffat at Comic-Con. He made it seem like they hadn’t even begun the search yet. Then, again: He’s kind of a sneaky bastard/God of all things good and torturous.

And now… we have it. Sort of. Tune back to SheKnows on Sunday after the announcement to hear our thoughts and info, as well as to weigh in on what you think of the new chap in the TARDIS.