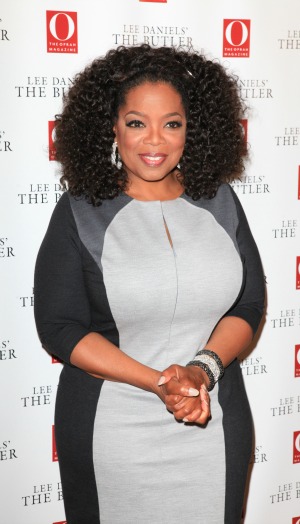 Oprah Winfrey hasn’t exactly come out and said how she feels about the Paula Deen controversy, but she spoke about the word that caused Deen’s downfall. And there is no question how she feels.

“You cannot be my friend and use that word around me,” Winfrey told Parade magazine.

The media mogul is out promoting The Butler, also starring Forest Whitaker. The film follows the story of a man who served under numerous U.S. presidents.

“It shows my age, but I feel strongly about it… I always think of the millions of people who heard that as their last word as they were hanging from a tree,” she said.

Whitaker also shared his stance on the word, saying, “I don’t use the word. Never did.”

The controversy isn’t the first time Winfrey has shared how she feels about the word, and the topic is something she apparently has been fighting against for years. The Butler’s director Lee Daniels said she changed how he thinks about it.

“It’s a word I used quite a bit, until Oprah sat me down and talked to me about its power,” he said.

The Butler follows the history of seven presidents of the United States through the eyes of an African-American butler who served them through the decades. It details the years and different struggles of the civil rights movement in the country.

Winfrey also spoke about the Trayvon Martin shooting, racism, and what she thinks about the progress (or lack of progress) in the civil rights movement.

Winfrey didn’t directly address the Deen scandal, but it’s not hard to see how she feels. Deen has since begged her fans for forgiveness, but also said she believes everyone uses racial slurs.

Paula Deen’s sons: Our mother is not a racist! >>

The two have never been considered friends, but have been friendly. Deen was a guest on Winfrey’s show Oprah’s Next Chapter in 2012.