Randy Travis has something to smile about. After undergoing surgery, suffering a stroke and dealing with heart trouble, he’s out of the hospital.

Related story On the mend: Randy Travis stabilized and awake 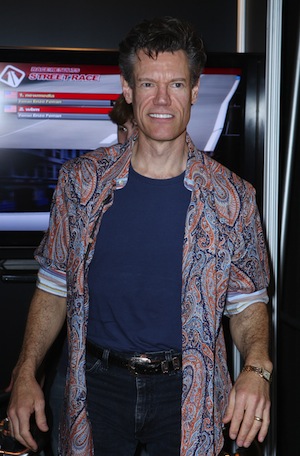 We finally have good news to report about Randy Travis. The country singer, who’s been dealing with several health issues, has been released from the hospital. According to People, Travis has been discharged and transferred to a physical therapy facility.

Travis’ fiancée Mary Davis released a statement saying, “Thanks to all the fans and friends for your continued prayers and support as Randy continues on the road to recovery.”

The singer had been hospitalized for a little over three weeks. At first, he was diagnosed with presumptive cardiomyopathy and congestive heart failure. But shortly after his initial recovery, he had a setback. Travis suffered a stroke and needed surgery to relieve pressure off of his brain.

It was touch and go for a minute, but it looks like he’s on the mend. The folks behind his official website, randytravis.com, have kept his fans updated every step of the way. The 54-year-old needs all the encouragement he can get, so please keep sending your positive vibes.

On the mend: Randy Travis stabilized and awake >>

Travis has also received support from fellow celebrities such as Darius Rucker, who reveals, “I said a prayer for him last night. He’s in my prayers, and I wish him nothing but a speedy recovery.”

Cyclist Lance Armstrong also tweeted out some good will. “Thoughts go out to @randytravis. Heal up soon my man! One of country music’s greatest voices ever.”

We concur. Good luck and get better soon!