Miley Cyrus is a 20-year-old superstar, which leaves her very few people to look up to who know what she is going through. She seems to have found that person in Britney Spears. 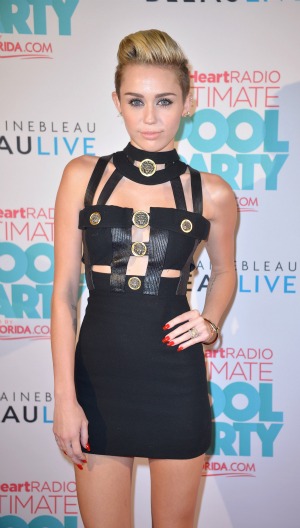 At first glance, Miley Cyrus and Britney Spears don’t seem to have much in common. Cyrus is a 20-year-old singer who was born into music royalty. Spears is a 31-year-old who had to climb her way to the top of the music industry, twice.

But Cyrus and Spears do actually have a lot in common, and it looks like those things have led Cyrus to look up to the pop star.

“Everyone goes through a time in their life where they don’t want their picture taken every day. [Britney] just never had that time where she could say, ‘I’m going through something right now and need to shutdown,'” Cyrus told Huffington Post U.K. “I also don’t have that, so it’s good to have that one person in my life who gets it.”

“I just think it’s never blaming you or making you feel like, ‘You’ve got all this going for you,'” Cyrus said, explaining why she considers Spears such a good friend. “It’s like, she knows. Sometimes life just steps in the middle of your career the way life always does for anyone — it’s just ours is a little more 24/7.”

Spears is back in the game, and will be releasing a new album soon. Cyrus recently signed with Spears’ manager, and also has a new album out soon. She seems to be following the path of Spears’ younger life — working hard and playing hard.

“I think people forget what it feels like to be 20,” Cyrus told the Associated Press. “People just evolve and that’s all that’s happened to me. But people think a mad scientist somehow cooked up this potion and turned me into a different human, which it wasn’t. All I did was get a haircut and buy some clothes and everyone thinks that I am made into a robot that changes with what’s popular every 10 years.”

Cyrus feels any craziness she is experiencing is important for her well-being, and she may be hinting at Spears’ breakdown (as well as the breakdown of numerous other child stars).

“That’s why I think some people kind of fall off and they end up going crazy because you don’t give yourself time to go crazy,” she said according to MTV. “That’s what you’re supposed to do; you are 20, you are supposed to be a mess because you haven’t figured it out yet, and 10 years from now I am supposed to have it all together.”

Cyrus’ new single “We Can’t Stop” is out now, and is up for three awards at the MTV Video Music Awards on Aug. 25.