Pauletta Washington is married to one of the world’s most successful actors. But she wasn’t immediately taken with her husband’s charm. Denzel Washington had to work hard for her hand in marriage. 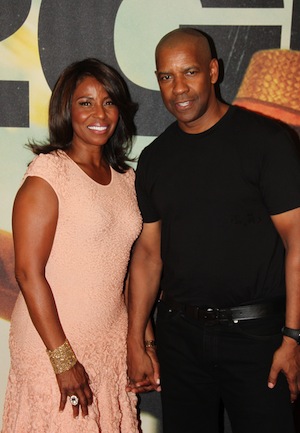 Denzel Washington is a two-time Academy Award winning actor with an envy-inducing resume. He’s also a former People Magazine’s Sexiest Man Alive (1996). Plus, he’s extremely talented. He can teach a master class on acting to stars young and old. What’s not to love about him?

Washington has been happily married to Pauletta Pearson for 30 years. Their union has produced four (now adult) children and a lifetime of memories. Most of us know Washington for being one of Hollywood’s finest thespians. We couldn’t imagine someone not being interested in him.

But back in the ’80s, Washington was just another aspiring actor. He was head-over-heels for Pauletta, but she wasn’t convinced he was the one for her. While at the premiere for Washington’s latest film, 2 Guns, she told Access Hollywood that she turned down his marriage proposal more than once!

“It was three times. I know with age sometimes things [go], the mind,” Pauletta said. Her husband asked, “Why was it twice… Why would I have to ask again?”

“Because I said no,” Pauletta told Washington.

“That’s true. I turned you down twice and the third time we did it.”

The third time really is a charm! They’ve been married for three decades and are still going strong.