Ariel Winter is going to continue to stay with her older sister through September even though her mother tried to regain custody of her teen daughter. 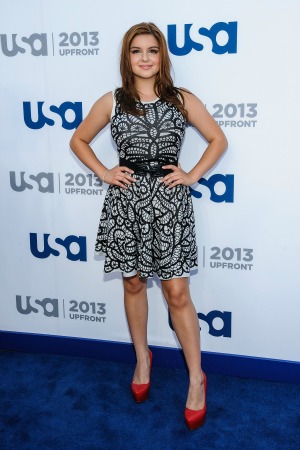 The Ariel Winter custody case has been an ongoing saga thanks to the 15-year-old’s mother, Chrisoula Workman. Her mother had recently filed papers asking that custody be granted to her again.

The Modern Family star has been living with her older sister, Shanelle Gray, since being removed from her mother’s care back in November 2012. Winter alleged that she was suffering from emotional and physical abuse while in Workman’s home.

According to TMZ, the judge refused to change the temporary custody agreement because Workman “presented no evidence that there were any changes or repair of damage to their relationship.” In fact, the judge decided to extend Gray’s guardianship through September when there will be an official custody trial.

Ever since Winter left her mother’s home, she has been very public about her happiness.

She told Teen Vogue in March, “My life is definitely more normal — and that’ll help me grow up like I’m supposed to. Like, I always wanted to be a dancer, and now I’m taking dance classes. And I didn’t have many friends. It was all about work. Nowadays, my sister’s like, ‘You’re supposed to have friends. You’re supposed to go out on Friday and Saturday nights.'”

Winter also started attending school for the first time. She had been privately tutored her entire life, so the teen is clearly enjoying being a normal kid.

As the result of her sister’s loving care, Winter has no desire to repair her relationship with her mother. Her sister does not have access to any of the teen star’s finances, that aspect of her life is being handled by her dad, Glenn Workman, who is separated from Chrisoula.

Winter is currently filming Season 5 of her hit ABC sitcom which is slated to return for the fall season on Sept. 25.