Mark Wahlberg and Denzel Washington’s new movie, 2 Guns, is sort of the two-dude version of Mr. and Mrs. Smith: two operatives from competing bureaus are forced to work together. Semi-recycled plots notwithstanding, if a movie has Denzel Washington and Mark Wahlberg in it, a team of armed agents couldn’t keep us away. Why? Because they’re both bada****. But who’s the bigger bada**?

To figure out who’s the bigger bada**, we’ve assembled a list of categories. Each actor’s bada** rating will be measured in the areas of filmography, scandals and hotness. 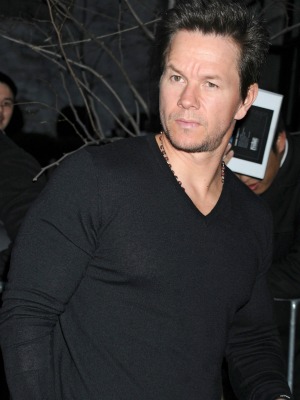 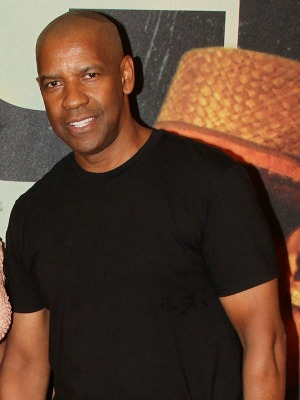 Mark Wahlberg: The boy who started his career as Marky Mark, the Calvin Klein underwear model and rapper, has built an impressive roster. Mark Wahlberg has produced 19 projects and starred in 39 movies. That in and of itself is super-bada**. We love him in his comedic roles like The Other Guys and Ted. We love him in his bada** roles like Pain & Gain and 2 Guns. The truth is, we just plain love him.
Denzel Washington: Denzel Washington is a stitch behind in the producing category, having served as a producer on just six movies. He does take command of the acting category, having been in 53 movies. He’s sort of setting the bar when it comes to this bada** criteria. Wahlberg has been nominated for two Oscars, and lost out on both. Washington has been nominated for six Oscars, and took home two. Did someone just register a bit higher on the bada** meter?

Get all the latest on new movies! Subscribe to our newsletter>>

Mark Wahlberg: Wahlberg has played a cop/detective so many times it started to go to his head. He told Men’s Journal, in reference to the 9-11 attacks, “If I was on that plane with my kids, it wouldn’t have went down like it did. There would have been a lot of blood in that first-class cabin and then me saying, ‘OK, we’re going to land somewhere safely, don’t worry.'” He later apologized for his insensitive remarks. Obviously Mark Wahlberg thinks he’s wicked bada**, but does that make it so?
Denzel Washington: Cheating rumors have plagued Washington for years, and the latest rumor has an online tabloid magazine suggesting that pictures of Washington lip-locking with a woman (who is not his wife of 30 years, Pauletta Washington) exist. That’s not very bada**. Washington and his wife also did not spend their 30th anniversary together, leaving many to wonder if they are headed for the big “D.”

Mark Wahlberg: This is going to be a tight race, ladies (pun very much intended). Let’s put on a little background music for this — “Save a Horse, Ride a Cowboy,” perhaps? No? How about Bonnie Tyler’s “I Need a Hero”? Regardless of song choice, there is absolutely no disputing Wahlberg’s fineness. Now, is he hotter than Denzel Washington? That question bears more responsibility than I’m comfortable with, so you decide — answer the poll question at the bottom.
Denzel Washington: Time to get back to the fun part. Before you go slobbering over pictures of Denzel on Google, stoke up a little “Sexual Healing” — or maybe you’re more of a “Crash Into Me” kind of gal. Denzel can crash into us anytime he wants. He may have played a drunk pilot in Flight, but we didn’t much care what he was on because he was in uniform. Washington is one of those timeless hunks who just gets better with age. In this category, we may have a bada** tie.

Did Pauletta Washington just hint that Denzel is cheating?>>