Jay Sean has finally reappeared, and we’re taking a look at the single “Neon,” which also bears the name of his new album. 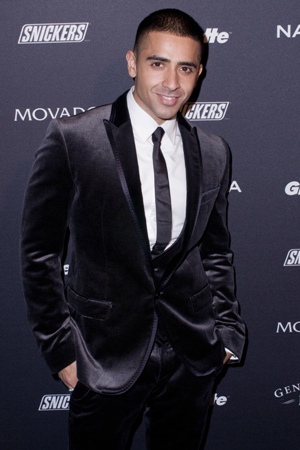 Have you heard of him? I’d be surprised if you hadn’t. He’s the guy responsible for “Down” feat. Lil Wayne and “Do You Remember” feat. Sean Paul and Lil Jon, and even way before then die-hard fans knew of songs like “Stay” and “Maybe.”

Last time we heard from Lil Wayne, he was in some hot water! >>

Sean debuted a new music video yesterday for the track “Mars” which features Rick Ross. While I’d be more inclined to be visually stimulated while I listen to his creamy voice, I had to check out his new album first because it’s been forever since he released one.

When I say forever, I mean more like four years. That’s a long time to make fans wait. But I won’t be greedy. He did make the time to appear on other songs like “I’m All Yours” with Pitbull and “Sex 101” featuring Tyga last year. But finally, we’re graced with the final product of several years of collaborations.

Pitbull’s getting exiled! Read about it here! >>

While I couldn’t wait to hear the whole album, I figured the title track “Neon” would be a compass in guiding my assessment of his new work.

Explanation? It’s not amazing, and not entirely deserving to be the headlining track. Which would explain why “Mars” could get so much traction ahead of the album release, I suppose.

This sultry musician gave “Neon” a solid effort, as it definitely has a personality of its own. It’s not laden with sexual innuendos, but it’s got versatility for both day and night. And when we venture into its potential for remixing — well, it’s practically pre-packaged for the club with a bright shiny bow.

Want our take on other latest album releases? Sign up for our newsletter and never miss a beat! >>

My only qualm? It’s so predictable for Jay Sean. That’s not much of a complaint, given his style is what has worked for him and made him relatively successful. If it’s not broke, why fix it? What do you think, readers? Do you like “Neon” and would you purchase Neon the album?

More music reviews to liven up your playlist