Former Scientologist and staunch critic Paul Haggis said Leah Remini was the only one who didn’t shun him when he left the group, and now he’s offering his support in return. 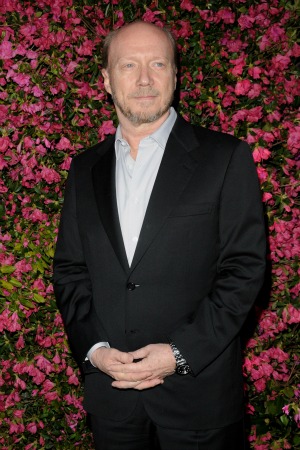 Oscar-winning screenwriter/director Paul Haggis knows a thing or two about how frightening it can be to leave Scientology — after all, he made a break with the controversial religion many call a cult in 2009. Now he’s sending his support to Leah Remini after she left the group too, and has already been alienated by many of her celebrity friends.

In an open letter to the actress published in The Hollywood Reporter, Haggis said that Remini was one of the only people who did not “disconnect” with him when he left Scientology and that “she had always been a class act and a lovely human being.”

Haggis decided to speak out now because he was disturbed by the way she was being attacked by her celebrity Scientology friends — something she refused to do to him when he left.

“Having witnessed Scientology’s smear tactics, I can imagine how this was being orchestrated, but I was still shocked to see how quickly those friends — some of whom had known Leah for 20 or 30 years — jumped on the ‘malign Leah’ campaign, and with such apparent glee,” he wrote.

Haggis also revealed that in addition to Remini questioning the leadership of Scientology head David Miscavige, she also ran afoul of the group for defending Haggis himself.

“The next thing I learned made me feel terrible,” he wrote. “Leah got in trouble because of me, because when I was ‘declared’ a ‘Suppressive Person’ and shunned, she came to my defense — without me ever knowing it. She had shouting matches with Tommy Davis, then the church spokesman, who had come to try and keep her quiet. The fact that she fought within the system so resolutely for so long, never making her feelings public, is a testament to how much she believed in the basic goodness of her friends and the institution. Finally, according to what I read, she was turned in by a celebrity friend who had noticed one of our few innocuous tweets.”

“I can’t express how much I admire Leah. Her parents, family and close friends were almost all Scientologists; the stakes for her were so much higher than for me. Her decision to leave was so much braver,” he added.