We’re the Millers is on its way to a theater near you, but you don’t need to pay eleven bucks to witness a dysfunctional family. There are plenty of them on TV. 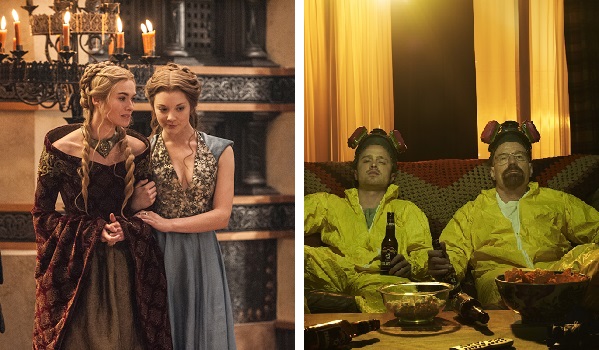 Everybody loves a little dysfunction, especially when it involves an entire family. After all, nothing makes a day better than knowing your family isn’t the craziest one out there, right? If you don’t want to drop the money to see We’re the Millers in theaters or just want to take in more dysfunction, TV has got you covered.

The Lannisters — Game of Thrones

Inarguably the most dysfunctional family on television. Jaime is in love with Cersei, his sister. Not only that, but the awful Joffrey, Cersei’s son, is indeed not the son of the late, great King Robert Baratheon but, instead, the product of Cersei’s incestuous affair with Jaime. As are, it appears, the rest of her tow-headed children, too. Then there’s Tyrion (Peter Dinklage), their brother. They’ve all, at one point or another, blamed the dwarf for the death of their mother. Even his father has played the “dead mum” card on him. And, speaking of their father: Tywin works the entire family like marionettes. He controls everything… and the entire world is too scared or too inept to take him down.

Walt White (Bryan Cranston) is the patriarch of the White family, a chemistry teacher and a master meth mixer. He didn’t want to be a drug dealer. Really. But after getting out of a billion-dollar company after an unspecified relationship issue with a fellow founder, he found out he had cancer and new his teacher gig couldn’t possibly pay those kinds of bills. So, Walt did what any desperate father and husband would do: He called up one of his ex-students and started a secret meth lab. At least, for a while it was secret. Then his wife found out and left. Then a hit was put out for him and she sent away his kids. Then he called them back. He’s a chemistry teacher-turned drug dealer and killer. How much farther can meth get him? Not much. This is Breaking Bad‘s final season.

Frank Gallagher is a lazy, despicable drunk and his (ex?) wife is a manic, drug-addicted absentee mother. The Gallagher children are Fiona (Emmy Rossum), the high-school dropout who tries to hold the family together while bouncing between guys, and Lip is the genius brother who keeps stumbling into trouble (usually of the physical variety). Ian comes next, is relatively smart, wants to join the military, is gay and has had a relationship with his married, Middle Eastern boss from the convenience store. Carl likes to kill animals and Debbie is sweet and well-meaning but kind of a mess due to a lack of any real role model. Liam is the baby… who doesn’t belong to Frank. Between Fiona and the Gallaghers’ neighbors, Kev and Veronica, the family stays afloat, but just barely.

Do we really have to explain this? Bart is a mess. Have we ever seen an episode where he hasn’t done something that should land him in juvie? Honestly, if he were a real boy, the authorities would have long since given up on even that and probably sent him to regular prison. And you can’t really blame Bart for his attention-seeking terror, nor Lisa for her preaching attempts to be noticed. Homer is a raging alcoholic who goes from being utterly emotionless to filled with rage. Not only are we glad to not be the Simpsons, but we’re also glad they’re not our neighbors. 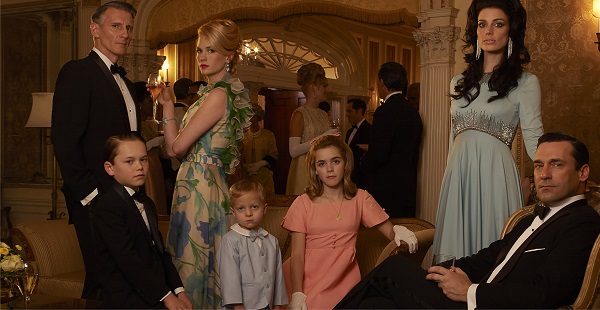 The Drapers — Mad Men
They’re not even really Drapers, they’re Whitmans! Plus, Betty is bats*** crazy and Don is a slut. Sally, Bobby and Gene don’t stand a chance.

The Bundys — Married… with Children
How could anyone turn out OK after growing up in the Bundy household?

The Griffins — Family Guy
Lois and Peter might be the worst parents ever. They constantly put down Meg and never seem to notice when Chris is off carousing with pedophiles.

TV news is best served via our newsletter and delivered to your inbox! >>

Who’d we miss? Quite a few, right? Give it to us straight. We can take it.

Images courtesy of HBO and AMC