There’s sorrow on the set of The Vampire Diaries again, as Paul Wesley and his wife Torrey DeVitto are sadly filing for a divorce.

It seems that there are two more hearts breaking in the world today, although fans of The Vampire Diaries will be rejoicing that Paul Wesley is single once again. 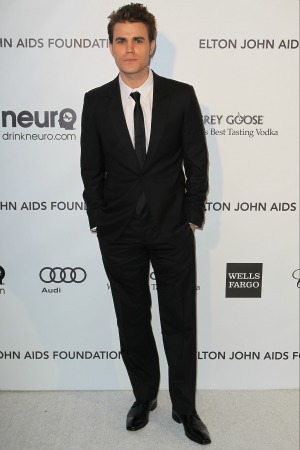 Reports say that The Vampire Diaries heartthrob and his wife Torrey DeVitto are filing for divorce.

Wesley and the Pretty Little Liars actress — met in 2007 on the set of Killer Movie — and have now decided to end their marriage after just two years.

The pair were married in a private ceremony in New York City in April 2011, and now it’s all over.

Wesley’s representative told People, ”Paul and Torrey have decided to amicably split. They will continue to remain good friends.”

The former couple have also starred in The Vampire Diaries together and Wesley said it had been great for their marriage when he was working with his spouse.

Wesley told People, ”It’s fantastic because otherwise we’d be 2,000 miles away, Los Angeles and Georgia, so it’s very nice to be in the same geographical location.”

It seems that the set of The Vampire Diaries is in fact filled with heartbreak recently, as it is not only Wesley who will be newly single, but also his co-stars. Ian Somerhalder and Nina Dobrev have also decided to call it quits after a three-year romance.

Sources close to the couple have blamed their split on the 10-year age gap between Dobrev, 24, and Somerhalder, 34.

A source told Us Weekly: ”There was no mean-spiritedness behind of either of their motives for ending it.”

At least The Vampire Diaries fans can rejoice that their favorite vampires Stefan and Damon Salvatore are single. Or at least they can dream?