Katy Perry has reached out to Kristen Stewart via text message to explain her relationship with Robert Pattinson.

Katy Perry has been rumored to have been dating Robert Pattinson after his split from Kristen Stewart. However, the singer has decided to confess that these rumors were false. 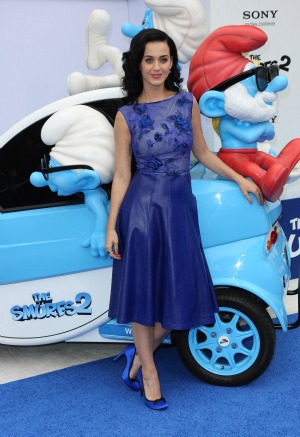 The singer grew close to Stewart’s ex-boyfriend Pattinson after the couple split in June and Perry wanted to tell his ex-girlfriend that there was nothing romantic happening between the two of them.

The pair are just good friends and Perry was helping Pattinson through his heartbreak after splitting with Stewart, his long-term girlfriend.

We are sure Perry had a few tips on dealing with heartache after her divorce from former husband Russell Brand. The pair’s divorce was finalized in July 2012, after 14 months of marriage.

Perry spoke to the new U.K. issue of Elle magazine about her friendship with Pattinson and how she reached out to Stewart, explaining: ”I sent her a text message saying, ‘I know you’ve seen all this stuff but you know I would never disrespect you. I’m not that person. I’m just trying to be a friend to him but it is unfortunate that I do have a set of t*ts.”’

The Part of Me hitmaker is always one to make a situation lighthearted. The only reason her friendship with Pattinson even caused romantic rumors is because Perry is a woman. The media caused a frenzy when the singer was spotted at a Bjork performance with Pattinson at the Pantages Theatre in Los Angeles in June.

There is no secret as to the reasons why Stewart and Pattinson called it quits! He dumped his girlfriend after four years together when he discovered she was still in contact with the Snow White and the Huntsman director Rupert Sanders — with whom she had an affair last year.

Perry also discussed her close friendship with Rihanna in the magazine interview, describing the singer as a shining ”light” in her life.

Perry said, ”I love her (Rihanna) and every time I see her, I’m reminded of the light that she has. There’s a lot of dark in this business. I know a lot of people out there with the most detrimental entourages — they are the root of their demise. It’s really unfortunate, but you can’t save these people. My days of celebrity saving are over!”