Sandra Bullock starred in the Oscar-winning movie The Blind Side, but she also got something unexpected from the movie — a lawsuit. 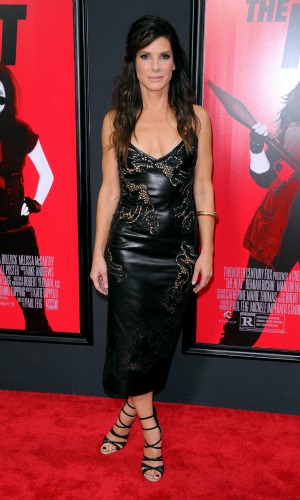 Sandra Bullock has a new movie, The Heat to celebrate, but the actress is also facing a legal headache.

Bullock originally filed a lawsuit against ToyWatch USA in February 2012 for using her name and likeness to promote a white-diamond encrusted watch — that was worn by her character in the 2009 Oscar-winning movie The Blind Side — without her permission.

In the lawsuit filed in Malibu, California, the actress requested financial compensation and a ban against the advertisement.

Bullock claimed the company had not received her permission to use the advertisement and that it had subsequently infringed on her publicity rights.

Court documents obtained by The Hollywood Reporter read in part, “[The plaintiff] will not voluntarily appear in print or other media for a company or product unless she carefully selects and believes in the company and product, and unless the compensation she receives is commensurate with the value of the exploitation of her name, image, identity, and persona.”

However, the tables have now turned and Bullock is being countersued by an insurance company that represents the watchmakers. The company is in the process of determining whether it will have to pay out if the actress wins her case.

ToyWatch USA could possibly use its unnamed insurance policy firm to pay Bullock her compensation, if it loses its ongoing legal battle with the actress, reports TMZ. However, the insurance company is not risking the outcome of the case and has decided to sue Bullock before the legal battle is resolved.

According to court papers that were filed on Monday, July 29, the insurance firm is asking a judge to decide whether it is liable to pay out should Bullock win her lawsuit against ToyWatch USA.

A spokesperson for ToyWatch USA has yet to offer public comment on the most recent filing, but hopefully Bullock’s legal battles will be resolved soon.