Hanna plans her biggest lie yet with Mona’s help. Before she can pull it off, however, Mona makes a move of her own, and it could change everything. 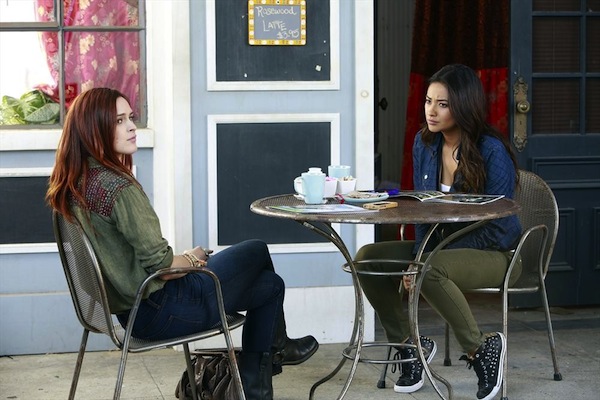 It’s confession time. But only the lying type of confession, of course. It seems like it makes no sense but, trust me, it will once you get the details of this episode. When will these girls learn that lying never does them any good? Especially when that lie could land them in jail for a very long time.

The driver who crashed into Emily’s house abandoned the vehicle. Plus, the car was stolen and no evidence was left at the scene. How convenient. During the investigation and repairs, Emily and her mother are staying at a motel, much to their dismay.

Hanna (Ashley Benson) is facing her own problems. The judge denies Ashley’s bail, and the court is transferring her to another prison until the trial.

Aria (Lucy Hale) is busy worrying about her brother who is taking martial arts classes because he feels like he needs to learn to defend himself. Conveniently, Mike is taking classes from Jake. Aria calls him, and he says it has something to do with the guys on Mike’s team. Mike feels like they are playing against him. Jake promises to keep Aria in the loop if he hears anything else from Mike.

Emily (Shay Mitchell) meets with one of her advisors named Zoe (Rumer Willis) from Habitat for Humanity to get a letter of recommendation for college. Zoe encourages Emily to sign up for the program again that summer, and Emily seems excited by the idea.

Hanna meets with Mona as a last resort to help her mom. She plans on confessing to Wilden’s murder because she thinks her punishment will be less severe than her mom’s would be. Hanna enlists Mona’s help in building the story, which will center on Hanna saying she killed Wilden because he was threatening her. Hanna will say she was telling people he got Alison pregnant and that she thinks Wilden killed Alison.

A kid named Beckett is at Spencer’s house going through Ashley’s files. He is one of the interns at the firm Spencer’s mom works at. Spencer (Troian Bellisario) offers to help him look through the evidence. She finds a file on Eddie Lamb and takes it.

Spencer goes to Radley and brings the incident report she stole hidden in a cookie tin. She shows the file to Eddie who says he was interviewed by Wilden regarding the death of Toby’s mom right after it happened. In the official report, it says Toby’s mom jumped from a window, but in Eddie’s account, it says she jumped from the roof. Eddie thinks someone paid Wilden off to change the story. 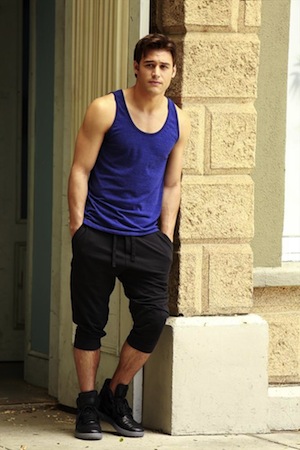 Caleb catches Hanna with Mona, and he’s suspicious. Hanna tells him to leave her alone. He’s offended and does as she asks. In reality, he’s just waiting until Hanna is alone so he can talk to her privately and convince her not to see Mona. When he finally gets her alone, Caleb gets Hanna to spill on her plan to confess. He thinks she’s crazy and encourages her not to go through with it.

That night, Beckett confronts Spencer about the missing file. He knows she stole it, but offers to help her return it instead of turning her in.

Mona goes to the police station by herself and tells the front desk she’d like to talk with a detective about a murder. Looks like the girl is about to stab Hanna in the back.

It’s time to move on

Spencer shows her mom the file she stole and tells her it’s important information. Spencer explains how Wilden changed his notes because someone paid him off. Spencer’s mom doesn’t want to listen. She encourages Spencer to help Toby move on instead of harping on the past. Just then, Spencer’s mom gets a call. Turns out Mona wasn’t trying to pin the murder on Hanna. Mona was confessing to the murder herself.

The girls head to the police station in time to see Mona being questioned. She smiles at them before the police close the blinds in the interrogation room.