It was a big day for Breaking Bad. Not only do we have a new teaser for the last eight episodes of the show, but maybe even a spoiler! 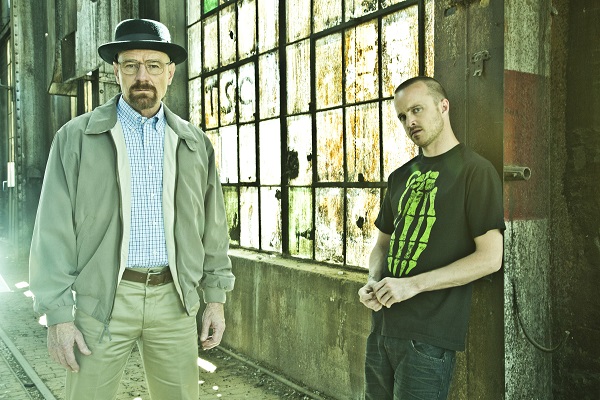 During a webcast panel yesterday evening, fans got the chance to hear a little about what would happen on the upcoming final eight episodes of their favorite show, Breaking Bad.

While the actors mostly just talked shop and managed to avoid revealing anything too juicy, there was one brilliant moment when fans may have been let in on the final outcome for Bryan Cranston’s character, Walt White.

Fans are dying to know what will happen to Walt. The quasi-patriarch has gone from someone you could absolutely still feel and root for to someone very much irredeemable, right? So… what do you do with a guy that no one even really cares about anymore? Many have suggested witness protection… or just prison. Others think his ending will be more fatal.

During the panel, though, Cranston gave his own thoughts on Walt’s final moments on screen when someone asked him if he thought Walt “deserved” to die.

“I think there’s a good case for that, that maybe that’s a fitful end,” he answered. “And yet what if the thing he wanted the most, which was the togetherness of his family — what if he lived and they didn’t?… Wouldn’t that be a worse hell to be in?”

Whether he thought he’d given too much away or just simply wanted a quick out from a dark moment, Cranston shrugged off his proposition by going back to the original idea. “Or maybe he should die.”

Poor, Walt? Oh, it’s just so hard to decide on him!

While you’re vacillating with Cranston on what Walt “deserves,” how about a look at the brand-new teaser?

Have any new perspectives? Breaking Bad returns on Aug. 11 at 9/8c on AMC.

For more TV news, sign up for our newsletter — it’s addicting >>