ABC executive Robert Mills takes to Twitter to explain what could have been for Des and Brooks on their fantasy date in Antigua. 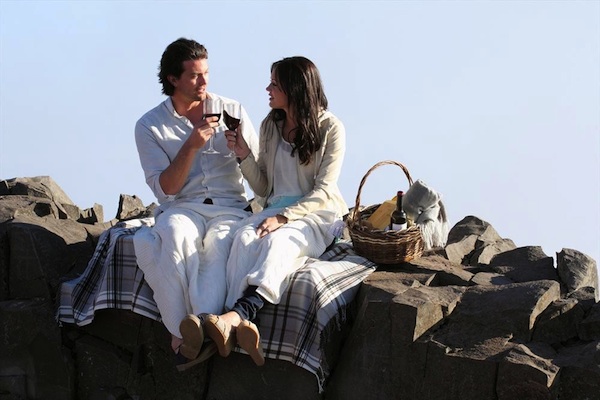 Fair warning. Do not continue reading if you have yet to see Monday night’s episode of The Bachelorette.

It was a bad, bad time for Desiree Hartsock. She was blindsided when her frontrunner Brooks dropped out of the race because he just didn’t feel like she was the one. Tears were shed by both of them, and Brooks left before the date even began.

Their romantic bliss was cut painfully short and so was the romantic date the show had lined up for them. ABC executive Robert Mills even took to Twitter to share what could have been:

Des was very vocal about her feelings for Brooks. She told Chris Harrison that she was in love with Brooks and saw him as her future husband. Unfortunately, Brooks didn’t get the memo. After talking with friends and family and deeply considering his feelings, Brooks decided it was best that he left the show. But it was harder than expected. The two shared extensive rounds of tears together, and Desiree told him she loved him. She even went so far as to say the process of dating other guys was only hard because when she was with them, she was imagining being with Brooks.

Mills didn’t stop his tweets with what could have been. He even alluded to the finale, Part 2:

Brooks did admit the breakup was exponentially more difficult than he had expected. He even commented that it was one of the hardest moments of his life. When Desiree told him she loved him, he asked why she didn’t tell him sooner. Does that mean there’s still hope? Is Mills hinting in his tweet that Des will return? We can only hope the two will have their fairy tale ending. Otherwise, things aren’t looking good for Des.