Angelina Jolie is making movies to bring awareness to the causes she holds closest to her heart. She hopes In the Land of Blood and Honey will help the world do something about sexual violence during war. 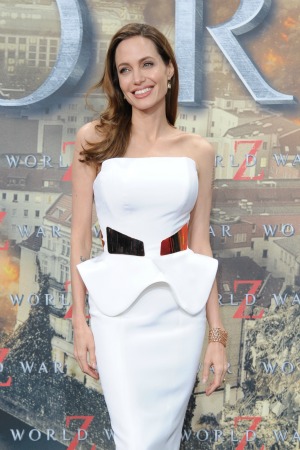 Angelina Jolie is not only a brilliant actress and dedicated humanitarian, but she has actually found a way to combine the two professions.

Angelina Jolie covers Time: Will her medical decision lead to over testing? >>

Jolie spoke to a Japanese audience about her film In the Land of Blood and Honey, and how she is working to fight sexual violence in war zones. She hopes the film will get people working toward ending the violence.

“This is just a beginning,” Jolie said, according to the Associated Press. “Our aim must be to shatter impunity, so that rape can no longer be used as a weapon of war anywhere in the world as it was in Bosnia, and as it is today from Congo to Syria.”

Bye, DOMA: Does Brad Pitt have to marry Angelina now? >>

The United Nations has taken up the issue and has developed a plan to attempt to end the crimes. Jolie works as an envoy for the U.N. High Commissioner for Refugees, and said she hopes people will see her new film and do something about it.

“When I started down the road, making this film, I thought only of telling a story and doing my best to try to give a voice to survivors,” she said. “But today I am here not only as a director, but as a campaigner and a part of a global effort that is growing every day.”

Jolie recently fought her own battle, undergoing a preventative double mastectomy. She is also balancing being a mom and the girlfriend of an international superstar. She also launched a new jewelry line to fund Afghan schools. But it seems she is always willing to put her causes before herself.

In the Land of Blood and Honey is a drama about a fictional romance between a Bosnian Serb man and a Bosnian Muslim woman during the Balkan war. The film was only opened in 18 theaters in the United States in 2011, and made just over $300,000.

The film was a first for Jolie as producer and director. It won the Producer’s Guild of America’s Stanley Kramer Award in 2012, and will be opening in Japan on Aug. 10.