Last weekend, Hollywood lost one of its most talented character actresses. Eileen Brennan, who had over 100 credits to her name, died in her California home. 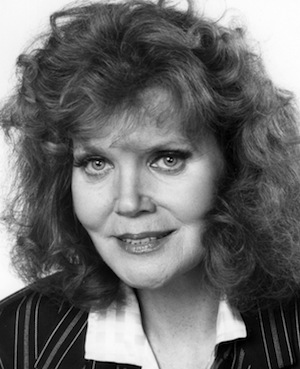 Actress Eileen Brennan, who was a force to be reckoned with in the ’70s and ’80s, has died. Her publicist confirmed the news earlier today. Brennan passed away Sunday at her home in Burbank. She was 80 years old.

Over the course of her career, which spanned more than 45 years, Brennan excelled in every medium. She appeared on stage, in television and, of course. film. She’s best known for her role as Captain Doreen Lewis opposite Goldie Hawn in Private Benjamin.

After playing Lewis, Breenan received an Academy Award nomination for Best Actress in a Supporting Role. She also reprised the part for television when the film was adapted for the small screen. For that she won a Primetime Emmy as well as a Golden Globe.

Her resume is filled with impressive appearances on everything from Taxi and Newhart to thirtysomething and Will & Grace. On the big screen she thrived in The Sting opposite Paul Newman and in Scarecrow with Gene Hackman and Al Pacino.

Brennan’s last credited role was as Gram Malone in the 2011 comedy Naked Run. According to The Hollywood Reporter, her cause of death was bladder cancer. It makes her passing even sadder because Brennan was a proud breast cancer survivor (she had a mastectomy in 1990).

Brennan leaves behind her two sons, Patrick Brennan and Sam Lampson, her sister Kate and grandchildren Liam and Maggie.

She will surely be missed.

What was your favorite Eileen Brennan performance?