It’s been quiet all summer without Lindsay Lohan constantly in the tabloid news. That will all change when she’s released from rehab this week. 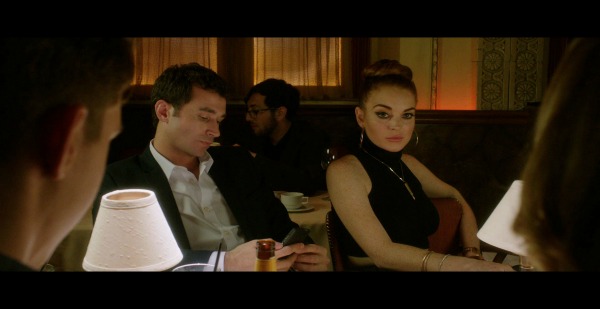 Get ready, because the paparazzi storm is about to begin again as Lindsay Lohan is just a day away from being released from Cliffside Malibu. On Wednesday, the troubled actress will have completed her court-ordered 90-day stint in rehab.

According to TMZ, Lohan is going to take a few transitional days between rehab and the real world by staying at a “lower-level, sober-living house” because she feels like she needs the assistance. Almost every report has the Mean Girls star taking this turn in rehab very seriously. She’s even made a list of “toxic” friends to remove from her life before she moves to New York.

Once she’s officially out, it’s right back to work. In addition to the opening of her long-awaited film The Canyons on Friday, the 27-year-old is headed to the E! network. On Monday, Aug. 5, she’s scheduled to fill in for Chelsea Handler on her talk show Chelsea Lately.

Then it’s off to the OWN network for a serious sit-down with Oprah Winfrey, discussing her time in rehab. That interview will tape and air on Aug. 18.

If that isn’t enough, the former child star will begin shooting her eight-part documentary series for Winfrey’s network. The reality show is set to air in 2014 and will follow her first 45 days home from rehab.

At a screening of her new film this week in New York City, director Paul Schrader talked about Lohan’s on-screen acting skills.

He said, “Lindsay has moved out of her ingenue phase.”

After the blizzard of media opportunities, it’s back to her film career.

Showbiz411.com is reporting that Lohan is looking into Ben Affleck’s next project, Live by Night. She wants the role of a rough-around-the-edges waitress with a “heart of gold” in this film-noir period piece.

Will Lindsay be able to handle the pressure once she’s out of rehab? Only time will tell, but it seems like she’s setting the stage for a big return.

22 mins ago
by Reshma Gopaldas