In what could possibly have truly been the most shocking episode in The Bachelorette‘s history, poor Des fell to pieces after being dumped in the first half of the finale. Sad, yes, but there’s always a silver lining. In this case? The witty Twitter banter that followed! 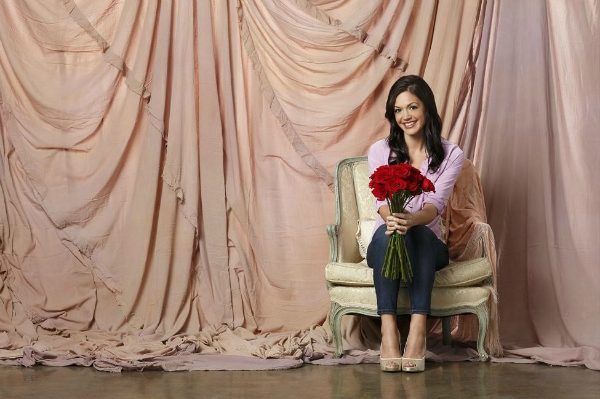 We have so been there! Live tweeting and water-cooler conversation should be kept at a minimum until we’ve spent some quality time with our DVR.

We’re sure more than a few fans disagree… except in regard to last night’s sob-fest. I think we can all agree that hysterical crying — on Desiree’s part and ours, at home alone yelling at the TV — isn’t a winning look for anyone. The only winner here? Desiree’s immoveable mascara!

It must be hard to be so smokin’ hot and constantly be saddled with the guilt of knowing you leave a trail of broken hearts behind wherever you go. That bod should come with a warning from the Surgeon General. #hotguyproblems #fosho

And we’re totally not laughing at you right now. Just like we totally weren’t moisturizing our cuticles, ripping those comically cruel blackhead-removing strips off our noses, and sobbing like babies (from the strips, natch!) while we watched last night.

I mean, sheesh… Des worked so hard to look that good in a bikini and still wound up brokenhearted and pining over a hot dude like the rest of us. Repeat after me: spoon, chocolate-chip cookie dough. Now that’s true love.

Totes! Kind of has the same ring as Will Ferrell and John C. Reilly’s Stepbrothers masterpiece, “Boats N’ Hoes.” Not that we’re saying that would work too… because that would be inappropriate, right?

Meowried… get it? Hah, we’re still laughing over that one. And also thinking this chick could quite possibly be a good ol’-fashioned crazy cat lady.

Hmm, now that we think about it, the show also has lots of bad hair, a fast-tracked search for true love and a healthy appreciation for hot tubs. Throw in a little Eddie Murphy or James Earl Jones voice-over action and you’re basically watching Coming to America. Wait, does that make Chris Harrison the Arsenio Hall here?

Now here’s a guy who’s on to something! Shark Week is coming up, after all. Ooh, or how about Chum(p)s in the Water: Sharknado Hits The Bachelorette? There’s a concept I can get behind!