Stephanie Evanovich’s debut novel is inspiring women everywhere to pull up their Big Girl Panties and take charge. We talked to her about how the book and title took shape. 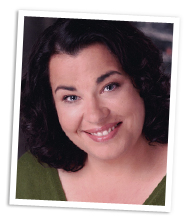 Put on your big girl panties

Stephanie Evanovich’s debut novel is inspiring women everywhere to pull up their Big Girl Panties and take charge. We talked to her about how the book and title took shape.

SheKnows: We see you’re just getting into the whole Twitter thing. Can you give us the 140-character Twitter pitch for Big Girl Panties?

Stephanie Evanovich: When the chips are down and the dip is gone, there’s only one thing left you can do — put on your Big Girl Panties and deal. 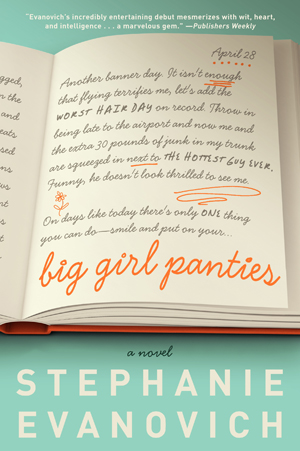 SK: How fully-fledged were Holly and Logan when you began the book? Did they take shape right away, or did they develop over time?

SE: They were the love story I really wanted to tell. When I started it, I thought they were fully-fledged, but I was surprised myself when, as I developed they story, I found they had become so much deeper. Am I cheating if I say “both”?

SK: The title is so hilarious and eye-catching, where did it come from?

SE:  One of my agents suggested it. I started giggling as soon as I heard it out loud. I pretty much still do. And it’s just one of those phrases that are indicative of women rising to the challenge and kicking butt!

SK: Why did you decide to make Logan a personal trainer to professional athletes? Is that a world you are familiar with, or did you need to do a lot of research? If so, what kind of research did you do?

SE: I guess I’m guilty of “over”-thinking ahead on that one. Since Logan trains pro athletes, if he was well received, it left the door open for him to train football players, basketball players, hockey players, swimmers… you get the idea. The mere thought of having to research all those story lines leaves me giddy. I’ve been working with personal trainers for about 10 years; so much of the research was what I learned along the way.

SK: What books are on your nightstand now?

SE: Ladies’ Night by Mary Kay Andrews, It Had To Be You by Jill Shalvis and The Curiosity by Stephen P. Kiernan. I was lucky enough to meet all three authors and think they are amazing. Also Zen Soup by Laurence G. Boldt has been on my nightstand for about fifteen years, that one isn’t going anywhere. It’s yellowed and the back cover is torn, but whenever I need a quick spirit lift, it never fails.