OK, so maybe boy bands have a bad reputation. Most people don’t line up to buy boy band music because of their musical ability alone. But of them all, don’t you think the Backstreet Boys are at the top? 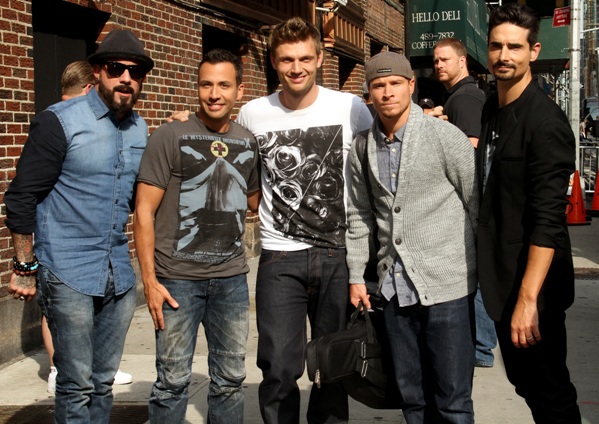 Call me biased, already. Because I am.

I’ve been a Nick Carter fan longer than I’ve been wearing deodorant. Not the most picturesque comparison, but neither is what people think about boy bands.

Members of the Backstreet Boys were never just a set of pretty faces, nor were they the combination of all the rejects from a reality show (*cough* One Direction) — they actually sang with sincerity and wisdom (fine, maybe wisdom in the later years because they did sing “Get Down”).

There’s a new Backstreet Boy, and he’s a little young >>

Well, regardless of how you feel about boy bands or BSB altogether, today marks the momentous release of their new album In a World Like This. And the track “Make Believe” will make you believe they’re back for good.

Want to know when your favorite artists debut their latest music? Sign up for our newsletter! >>

Good old-fashioned pop music will now and forever be the target of most people who want to discover music that hasn’t been discovered yet. But pop fans, don’t feel bad. Pop music serves its own purpose, sometimes, and makes you feel good. And that is what this song does.

It’s got an upbeat backdrop featuring airy cooing, electric guitars, enthusiastic drums and a remix-ready cathartic chorus. And unlike current boy band songs on the radio right now, I’m very comfortable claiming that people of all ages will enjoy this.

Ryan Gosling inspired a track on the album? Find out which one here!  >>

The lyrics aren’t particularly poetic — if anything, they’re simplistic. It’s about imagining you’re with someone you love. And BSB has always had the magical touch when it comes to singing romantic songs. Who could ever forget “As Long As You Love Me”? Don’t get me wrong, “Make Believe” isn’t the equivalent, but it’s a steady contender for paving the way for the album.

OK, readers, now that I’ve given you my over-enthusiastic take, what do you think? Are you impressed with this track? Or do you think these handsome gentlemen should throw in the towel already?

More music reviews to liven up that playlist