Mumford & Sons has conquered the music world and now the band wants to try its hand at new ventures, including a fresh new musical sound. 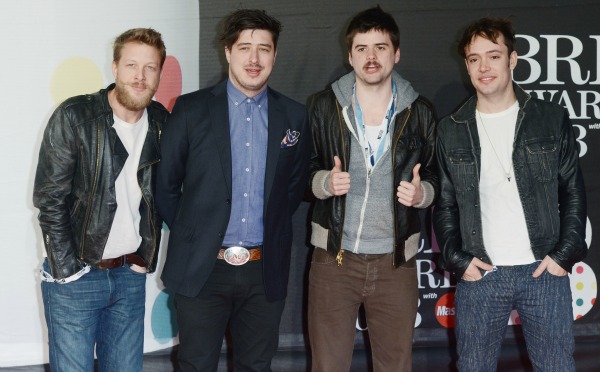 The English folk rock band Mumford & Sons consists of members Marcus Mumford, Ted Dwane, Country Winston and Ben Lovett. Together, they have dominated Billboard charts and won countless awards, although they are not stopping there.

The band’s members recently revealed they want to launch their own brand of whisky! However, they are aware that this goal may take awhile, as the alcoholic spirit takes at least three years to develop.

Keyboard player Lovett was quoted in The Sun newspaper as saying: ”It’ll happen. It takes a few years to make, so we better get cracking.”

It appears that the “Little Lion Man” hitmakers would like to try their hand at just about everything and have previously voiced a desire to try rapping. It has been reported that the folk quartet has been receiving advice from hip-hop legend Jay Z.

Mumford & Sons picked up the Album of the Year Grammy for its second record Babel, and now the band’s members are working on their third album, which they are keen to venture into new territories with.

Frontman Marcus Mumford — who is married to Carey Mulligan — said to Rolling Stone, ”We definitely had a graduation to go through with the sound that we had through [debut] ‘Sigh No More’ to ‘Babel’, and that sound to us feels satisfied. And that’s a sound we’ll always play. The world has been really supportive of those songs, but then there’s other sounds we want to make.

“Like, hip-hop. We really want to rap. We’ve just got so much to say — saying it through a melody doesn’t really work for me. We’ve been talking with Jay Z about it, you know. It’s gonna be a fresh experience for our band.”

Sounds like it should be an interesting third album then, right?