Take a sneak peek at one of the most charming films of the season, The Spectacular Now. It features Shailene Woodley and Miles Teller as they embark on a summer of love. 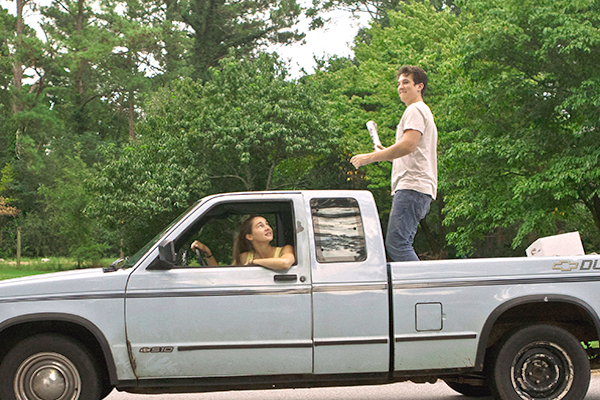 A24 Films has released the first clip from The Spectacular Now. It’s a sweet coming-of-age story starring Shailene Woodley and Miles Teller. It opens in theaters next month and is a perfect way to wind down the blockbuster summer.

The Spectacular Now centers on two very different teens: Aimee (Woodley) and Sutter (Teller). They’re like night and day. Aimee’s a shy, inexperienced girl who dreams of a future, while Sutter is a bit of a wild card. He’s all about living in the present.

Sutter is a high school senior who loves to be the life of the party. He’s got a great job and good friends, but his love life’s gone downhill. After being dumped by his girlfriend he’s become an alcoholic-in-waiting. One day, his drinking goes too far and he ends up unconscious on a lawn. It’s there that he awakens to a beautiful sight — Aimee.

In the following clip, we witness the climax of a conversation that ends in a kiss. The director shot it as one long take as both characters engaged in flirtatious banter. It’s a natural and sweet moment that kicks off their romantic relationship. They don’t make love stories like this anymore.

What do you think of the clip?