Diane Lane will be making the leap from the mom of Superman to the wife of a POTUS. But her new project is not to be confused with another film on the same subject. 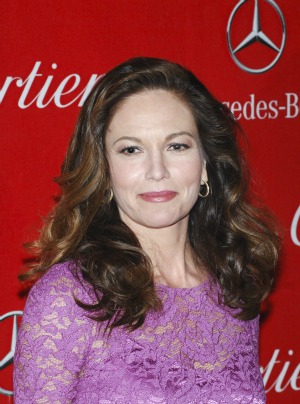 While the jury is still out on who will play Hillary Clinton in the upcoming film biopic about her life, a very important decision has been made about a miniseries involving the former first lady.

Diane Lane, who last played Martha Kent in Man of Steel, has been cast to play Clinton in the four-part miniseries biopic Hillary, set to air on NBC. According to the network, the series will follow Clinton from the near-end of her time as first lady of the United States in 1998 to 2008 when she was campaigning for the presidential nomination.

In that decade, Clinton also became a Senator. She later became the Secretary of State, but it looks like that story won’t appear in the miniseries.

The project has already hired a writer and director. Courtney Hunt, perhaps best known for her 2008 film Frozen River, will be helming the miniseries.

“The script will begin with Clinton living in the White House as her husband is serving the second of his two terms as president,” Hunt said. “In the years following, she would eventually become a United States senator, run for president and, ultimately, serve the country as secretary of state.”

The upcoming feature film about Hillary Clinton will focus on a different place in her life. Rodham will follow Clinton through her 20s, well before the new miniseries will begin. A growing list of actresses are supposedly vying for that role, but it looks like this will be a very different project than Hillary.

While Diane Lane is in place as the main character, her husband Bill Clinton is still a question mark.

“President Clinton, we haven’t cast yet,” NBC president Bob Greenblatt said. “We literally just closed the deals and haven’t written the script. All that will be determined.”

The Washington Post suggested some options for the former President of the United States, including Jeff Bridges, Billy Bob Thornton, Russell Crowe, Woody Harrelson and even Lane’s ex, Josh Brolin.