The cast and creators of Parenthood share spoilers about the show’s upcoming fifth season, plus how they keep the show realistic, as well as funny. 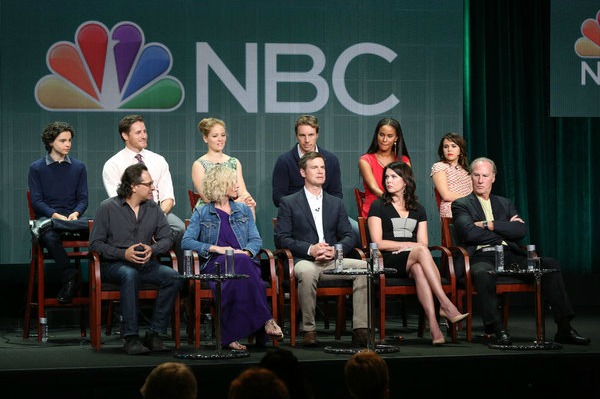 At the Television Critics Association Press Day on Saturday, the cast and creators of NBC’s hit comedy/drama Parenthood talked about what viewers can expect as the series heads into its fifth season.

Asked about the stark realism that is often seen in the series, in addition to the humor, Katims said, “What we’ve always tried to do in terms of our storytelling is just reflect things that we see in life.” Katims added that the stories they’ve told on the show have either come from their own personal experiences or from the experience of people who are very close to them. He stressed that realism has always been an important part of every season, but that they also try to find a balance as well. For instance, because a lot of the last season focused on the heavy cancer story, the writers felt it was important to do a romantic storyline as well.

As for Season 5, Katims said he and the rest of the creators are “so excited about where the stories are going.” He also added that it was “such a joy to write this show, because you have so many places to go, storywise.”

How will Kristina’s cancer story continue in Season 5?

Kristina’s fight with breast cancer was a story that had a large impact on the show’s audience and on the cast and creators as well. Potter spoke about filming those scenes and said that she “didn’t want to know too much” because she wanted to go through the experience as Kristina would have.

Krause said that playing those scenes was “different” than any other work he had done on the show because he never went back to look at them again to decide which take was better. “When I was done, I just wanted to leave them,” he said.

Katims said that, though Kristina has been given a clean bill of health, her story will continue realistically into the new season. “We don’t introduce something in the show and then play it for a few episodes and move on,” he said, adding that what Kristina and Adam have just been through “will shape what they go through this season.”

Crosby’s struggles as a new dad and Amber grows up 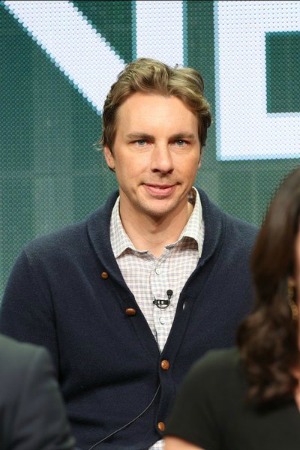 Other stories promising a taste of realism in Season 5 are Crosby’s struggles as a new father and Amber’s journey into adulthood. In a special preview shown to the press, Crosby was seen holding his screaming baby and looking as though fatherhood wasn’t agreeing with him. Shepard admitted that playing Crosby as a struggling dad has been a challenge now that he’s a new father himself.

“It’s the opposite of what you might imagine because now I love babies,” Shepard revealed. He added that he was having a hard time looking like a frustrated father because all he wanted to do was coo at the babies playing his child. His new-dad experience is paying off though. Shepard is apparently able to get and keep the babies on set happy during and between their scenes. “Now that I have one, I looooove being around the baby,” Shepard said of his newest costar.

As for Whitman, she described the way that Amber has changed since the beginning of the series. “It’s an interesting journey to see someone going from being a petulant teen to being sort of an adult,” she said. She added that she was excited to see Amber and Ryan’s story continue as the two of them “balance each other out.”

Joel and Julia hit a rough patch, Sarah gets back on her feet

Asked about how things will be going for Joel and Julia in Season 5, Katims said that fans “might want to be a little concerned about” the pair. He added that there will be a major role reversal between the two as Joel will be getting a lot of work opportunities, while Julia will be stuck at home. Needless to say, Julia won’t be too happy about the way things turned out.

Graham said that there will be a lot of progress for Sarah when the show returns. “I have an apartment, I have a bed,” she said. Sarah will be working hard for her new digs though. In order to save money, Graham said that Sarah will be “Schneider” of the building and will be working with a lot of tools. For those unaware, “Schneider” refers to a character on the ’70s show One Day at a Time who was a building maintenance person.

Though it could be ripe for humor, Sarah’s story will have a more serious element as well. “My story is an empty-nester,” Graham said about Sarah’s struggles next season. She added that Sarah’s story will look at what life is like for a parent once their kid is gone and how the relationship with their child changes from mother and child to peers.

Sean Saves the World from bad TV this fall
Under the Dome renewed for Season 2
Is Hoda Kotb being eyed for The View?