Becoming an international sensation almost overnight can be hard to handle, and Psy decided to open up about how he has been dealing with all the pressure. 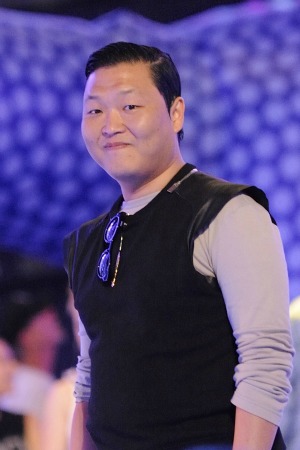 Psy became an international pop star with his song, “Gangnam Style” in 2012. The Korean musician seems to have it all, but revealed in a recent interview he may not be as in control of his own life as he may seem. Psy opened up about his love of alcohol.

Psy: A timeline of his success >>

He added that the only time he is not drinking is when he is hungover, which he said happens “a lot.” The performer’s drink of choice is Korean vodka, but he said he will drink most anything offered to him.

“Whisky, vodka, tequila, whatever,” he said, according to Us Weekly.

Although he will drink “whatever,” Psy calls the vodka his “best friend.”

The inspiring thing about Psy is that, despite his problem (which, interestingly enough, he never actually calls a “problem”), he does seem to have a positive outlook on life. Throughout the interview, he seems like he feels blessed for what he has.

“As an artist, the more experience, the better the creation,” he explained. “I’m a very positive person. So if s*** happens, I think maybe this happens because a huge amount of happiness is coming to me.”

Psy believes that positivity has led him to where he his, despite not being the prototypical pop star.

“I got famous with this kind of body!” he said. “Most celebrities are skinnier than me or taller than me and have smaller faces than me or bigger eyes than me.”

The singer just passed the three billion mark on YouTube, something done by only two other musicians, Justin Bieber and Rihanna (funny to think it was a big deal back in November when he surpassed 800 million views). Despite what people may have thought, it looks like Psy has a long career ahead of him in the music industry.