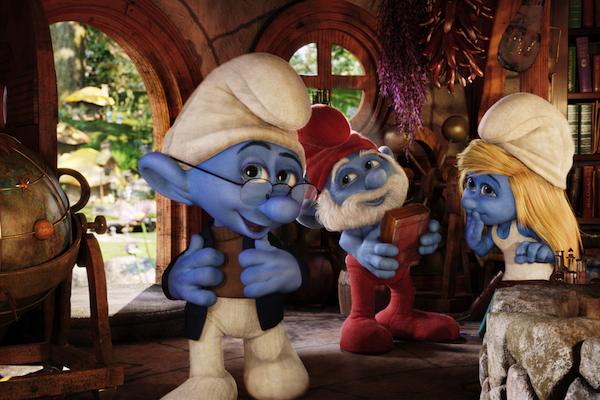 The Smurfs were originally created by the Belgian artist known as Peyo in 1958. Peyo was having dinner one evening and forgot the French word for salt, so he asked his dining partner to pass the “schtroumpf” instead. This made-up word apparently tickled him enough to create a comic book about little blue creatures called “Les Schtroumpfs,” which eventually translated to The Smurfs. 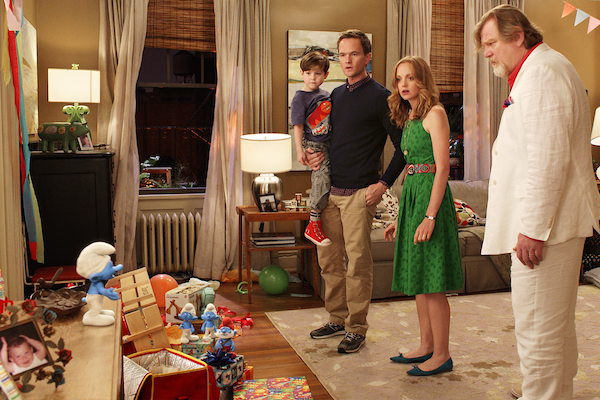 The Smurfs 2 gently explores the theme of nature versus nurture and repeats the sentiment that what matters isn’t where you come from but who you choose to be. Smurfette was created by the despicable Gargamel and begins to question her true nature, having a bit of a Smurf-dentity crisis which is predictably resolved by Papa Smurf’s benevolent affection. 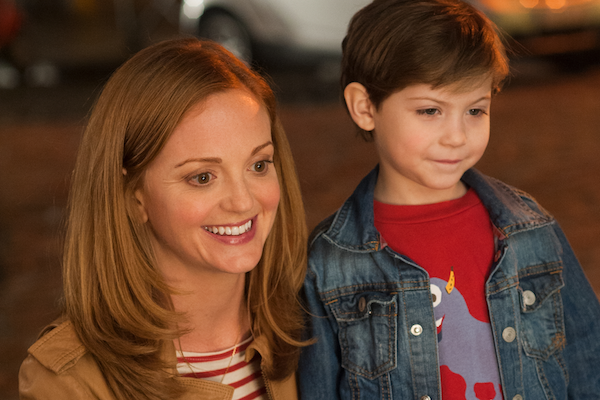 Smurfette’s crisis is mirrored in Patrick’s petulant relationship with his stepfather, Victor, who’s not nearly as annoying as Patrick makes him out to be. Some true fun is had when Gargamel casts a spell on Victor, turning him into a duck imprisoned in a French kitchen, where the chef is preparing to make duck a l’orange.

As Grace, Jayma Mays does a cute impression of Audrey Hepburn on the streets of Paris while Hank Azaria commits fully to Gargamel’s nastiness, making for a dynamic villain in true comic-book tradition.

Bottom line: Your kids will have fun exploring Paris in this Smurf-tacular adventure, but don’t expect it to leave a lasting Smurf-pression.

Run time is 1 hour, 45 minutes and there is one extra scene with Gargamel after the credits.