The dome ain’t goin’ nowhere. CBS has announced that the hit show has been renewed, with a special surprise for the Season 2 premiere. 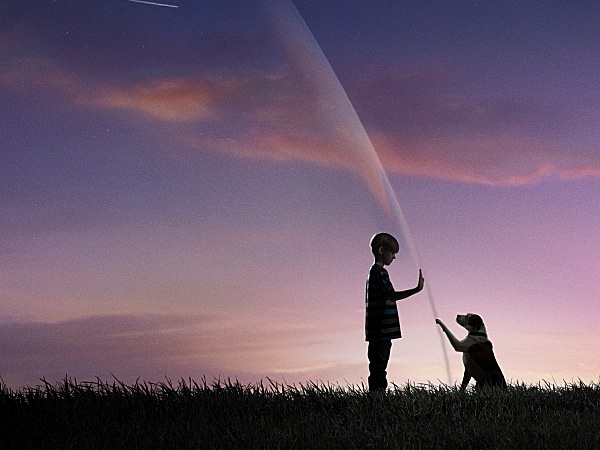 Under the Dome is here to stay — at least until summer 2014, which CBS announced today as the air date for Season 2. The show will return with 13 new episodes chock-full of dome drama.

It’s no wonder CBS wants to keep it around. According to the network, the show has been holding strong with a viewership of about 13.8 million per episode for the current Season 1.

Under the Dome is based on the book of the same name by Stephen King. It centers on the town of Chester’s Mill, whose population is trapped when an invisible force field lands over the small community. The story is character-driven as it follows how townspeople respond when they’re suddenly cut off from the society they’ve always been a part of.

It stars Bates Motel‘s Mike Vogel as mysterious drifter Barbie, Twilight‘s Rachelle Lefevre as editor-in-chief of the town newspaper and Breaking Bad‘s Dean Norris as town hotshot Big Jim. With a list of executive producers that includes Stephen King himself, the show has all the ingredients for success.

The announcement of the renewal also came with some exciting news about the Season 2 premiere: The episode will be written by Stephen King himself.

“We’re excited to tell more stories about the mystery of the dome and the secrets in Chester’s Mill, and are thrilled to have the master storyteller himself, Stephen King, tell the first one of next season,” CBS Entertainment President Nina Tassler said in a statement.

Though rumors were swirling that the legendary author might be toying with the idea of leading an episode, this is the first time CBS has confirmed the news. That’ll keep us watching!

Will Under the Dome keep you watching into Season 2?