Who does Sharon Osbourne despise? Justin Bieber, Kanye West and Anthony Weiner all get rough treatment by the notoriously brutal star. 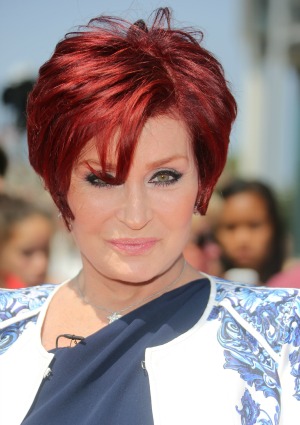 Sharon Osbourne has no love for the Biebs. The Talk co-host says the teen idol is boring and needs to stop acting like a pussy — cat, that is.

Osbourne ripped Justin Bieber to shreds in a new interview with The Daily Beast, and let’s just say there’s no love lost.

Osbourne also said Bieber is quickly veering into Leif Garrett territory and implied that in a few years he’ll be little more than an episode of Where Are They Now?

“And I think that he’s lost, I really do,” she explained. “I think he doesn’t realize he’s white and not black, that’s a huge problem. And, at the point he’s at in his career, it’s so dangerous because we’ve seen it all before a million times. Where do you go when you’re a child entertainer and then you want to transition to be a man? Very few make it.”

Bieber wasn’t the only one Osbourne had it in for. Kanye West and disgraced New York mayoral candidate Anthony Weiner also felt the point of her sharp tongue.

“I have no time for him. He bores me,” she said of new dad West. “I said it on the show, he’s an average-looking man with an average talent, but he’s a great salesman. He should sell cars because they would f*****’ fly out the door. He’s his No. 1 fan.”

“You know that they’re f*****’ out of their mind and they’re just a predator. That closes the door. It just closes the door. It’s like, for f*** sake! You’re a grown man with a great education, and you think, in this day and age, you can send pictures of your penis over the internet and not get caught? Now, how f*****’ stupid are you? What makes him think that he has a sense of freedom to do that?”

Sharon Osbourne, ladies and gentlemen. Not one to mince words.