Johnny Depp opens up about his plans to retire from acting.

Fans of Johnny Depp might want to sit down before reading this article. The actor recently opened up to 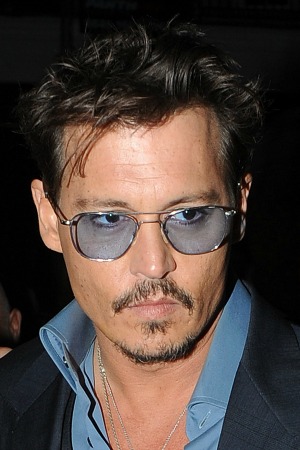 BBC America in an in-depth interview and revealed some news that most Depp lovers probably don’t want to hear.

The interview began as a casual conversation about Depp’s latest film, The Lone Ranger. The movie unfortunately bombed at the box office and the interview turned to the fact that Depp’s portrayal of Tonto looked very familiar to fans of his work as Captain Jack Sparrow in the Pirates of the Caribbean films.

When asked what Depp had in mind when portraying Tonto, he said, “Mainly what I wanted to do was take the idea of Indian-as-sidekick to the cowboy, or the Native American lesser than the white man, and flip that on its head.”

As for the reason why Tonto and Captain Jack might have some of the same characteristics, Depp had a simple explanation: they’re both basically him. “Jack Sparrow and Tonto… I think what you’re basically seeing there is me, more than anything,” he said. “Everything has to come from a basis of truth.”

On a lighter note, Depp discussed why he was wearing pink, glittery nail polish for the interview. “This is my daughter’s revenge. This is a 14-year-old girl going, ‘Dad, I’m going to paint your nails now and there’s nothing you can do about it,'” he said.

After that, the interview got onto a more serious topic as the actor was asked about recent reports that he had expressed an interest in retiring from acting.

“At a certain point you start thinking and when you add up the amount of dialogue that you say per year, for example, and you realize that you’ve said written words more than you’ve actually had a chance to say your own words — you start thinking about that as kind of an insane option for a human being,” Depp revealed.

What does Depp want to do after he retires? Apparently something that involves a lot less talking. “Are there quieter things I wouldn’t mind doing? Yeah,” he said.

How soon will Depp drop out of acting? “I wouldn’t say that I’m dropping out any second, but I would say it’s probably not too far away,” Depp said.

Take heart, Depp fans. It looks like you’ll get to see at least one more film out of the actor when he again takes on the role of the Mad Hatter in the sequel to Alice in Wonderland.