Leah Remini is speaking out against Scientology after leaving the controversial group, and she has a strong message: They won’t shut her up. Ever. 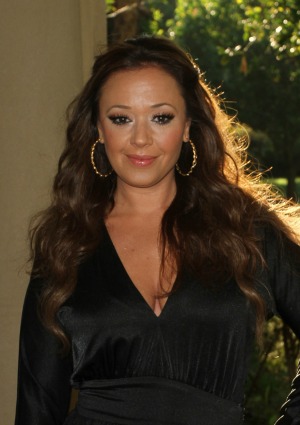 Actress Leah Remini has a very simple message for Scientology leaders: You will never shut her up.

The former King of Queens star left the controversial group after being a devoted member for over 30 years. While she herself has yet to disclose exactly what went down, her sister told press that Remini was treated poorly after asking questions church leaders didn’t like.

The actress spoke with People at the 15th Annual DesignCare benefit Saturday and pretty much confirmed her sister’s statements.

“We stand united, my family and I, and I think that says a lot about who we are, and what we’re about,” she told the mag.

Remini’s sister also revealed that the star was being blackballed by longtime Scientology friends at the direction of the church, including devotee Kirstie Alley.

“It doesn’t matter, it could be anything. I thought about the family being broken up for some other cause, and I’m not about to shut up.”

“I think the fact that my family has taken a stance and we are on a united front says a lot,” she told Us Weekly at the same event.

Jenna Miscavige Hill, the niece of church leader and Tom Cruise BFF David Miscavige who left the church in 2005, confirmed that Remini is a no-BS kind of gal.

“From what I understand, she was just fed up with the way she was being treated when she was following church policy,” she told People. “She is a tough woman and isn’t the type to yield or turn a blind eye to a blatant injustice.”

4 Stars who flirted with Scientology (surprise!)
Rupert Murdoch gets “100s of attacks” after Scientology tweet
How Scientologist Tom Cruise celebrates the holidays