Lindsay Lohan will be released from rehab soon and she plans to make some positive changes, including removing toxic people from her life. 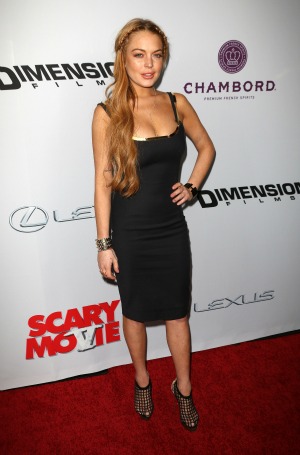 Lindsay Lohan has suffered from her share of very public problems; although, she has now decided to make some positive changes in her life that include removing the people who affect her life in a negative way.

The 27-year-old actress has allegedly made lists of all of her acquaintances who she thinks are a bad influence, which she has the intention of removing from her life after she leaves rehab.

It’s a smart move from the star and Lohan seems to be serious about keeping on the straight and narrow after she leaves the Malibu, California-based treatment center, where she is serving a 90-day stint as part of a plea deal that was made for lying to police during a car crash in summer 2012.

According to reports from TMZ, it is alleged that of her 100 friends and family members, 80 of her so-called friends will be left behind.

There is also speculation that Lohan’s father, Michael Lohan — with whom she has had a tempestuous relationship — could possibly be on that list.

However, according to the New York Post, the actress is determined to make the screening of the Bret Easton Ellis-scripted movie at the Venice Film Festival at the end of August.

Let’s hope the troubled actress manages to stay healthy and happy once she leaves rehab! We also look forward to Lohan’s documentary series with Oprah Winfrey.