Naomi Watts struggled with her baby weight after her pregnancies, but she would consider having another child, if it were a little girl.

Most women dream of having a daughter they can share all their secrets with and just indulge in girly behavior, and it seems Naomi Watts is no different. 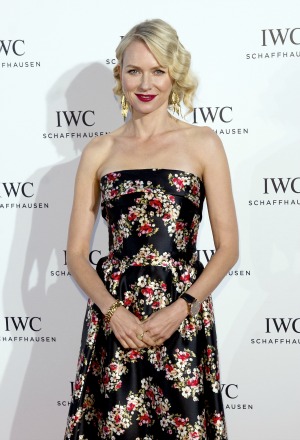 The actress, 44, has admitted that she would love a daughter — she is already mother to two sons, Sasha and Samuel, with her long-term partner Liev Schreiber.

Watts would consider having another child in the future and although she loves her sons, she hopes that if she did have another child, it would be a baby girl.

The actress recently revealed to OK! magazine: ”Two boys can be a lot to handle and sometimes you think it would be easier with two girls playing with their tea sets and dolls.”

“But Liev loves having two boys and I suppose I might consider having another child if someone could guarantee me it would be a girl.”

Watts has said she found motherhood in addition to a thriving career quite complicated — she struggled to get back into shape after her pregnancies.

Watts continued to say: ”The hardest part was getting back in shape after my first boy was born. I gained 45 (pounds) and it was a struggle to get back to my previous weight and shape. I used to do a lot of Pilates and other kinds of high-tech exercise routines to keep in good form but now I play a lot of tennis.”

”Things are easier now in that I’m able to get much more sleep and I have more energy in the mornings at least. I don’t find I need as much makeup in the mornings!”

Well, if her body is up for it, we hope Watts gets her dream of having a little girl. But for now, she can enjoy being a mother to two lovely little boys.