A happy family is an early heaven. No big deal that Deb tried to kill Dexter. They’re killing serial killers and dumping the bodies together. Isn’t that sweet. 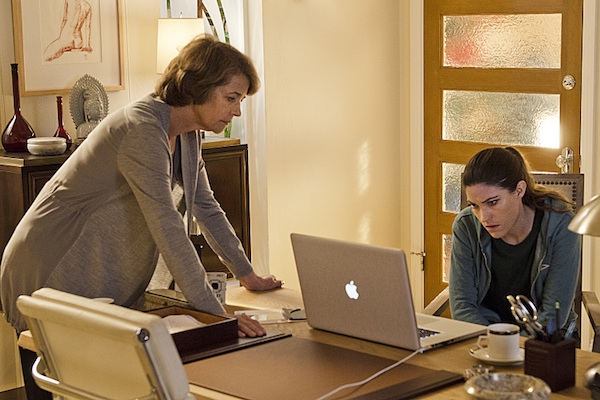 There’s nothing like some good old family bonding time — barbecuing in the backyard, picnics in the park, taking long walks in the neighborhood, stabbing some serial killers through the chest. Yup, life is good on Dexter.

Turns out, now that Deb’s hit rock bottom by trying to kill Dexter (Michael C. Hall), she’s on the road to recovery. Oh happy days. Dexter is understandably still upset with both Evelyn and Deb (Jennifer Carpenter), but he’s working through his anger with Evelyn’s help.

Masuka tells the gang about his daughter, Niki, and Quinn warns him to be careful of her sudden appearance in his life.

Yates’ latest victim named Janet survives. She tells the police about Yates, and they go to his house.

The police are also still investigating Norma’s death and discover she was having an affair with her boss, Senator Ed Hamilton. Tom asks Quinn to use discretion when handling the case because Hamilton is a good friend of Miami metro.

Hamilton openly discusses his affair with Norma but says if the police review the tapes from the cameras he has around the premises, they will see Norma leaving the house in perfect health. The senator’s alibi checks out, but Quinn does find a lead at the house. Hamilton’s son Zach seems to take an interest in the case. A witness near the scene of the crime recognizes Zach.

When they bring the guy in for questioning, he suddenly doesn’t remember anything. Quinn thinks someone paid the witness not to talk. (Cue memory of suspicious Tom telling Quinn to go lightly on the Hamiltons.) Quinn talks to Tom, who tells Quinn that Hamilton’s son is a waste of time because Quinn doesn’t have anything to go on. It seems like our chief has some morality issues. 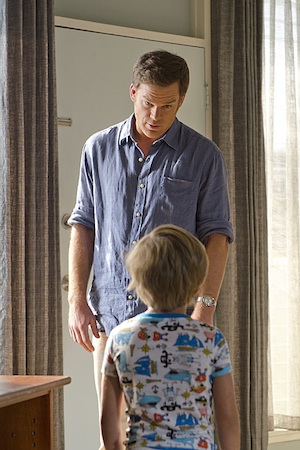 Yates breaks into Evelyn’s house and kidnaps her. When Deb swings by Evelyn’s house, she finds the place in disarray and goes to Dexter for help. Dexter knows Yates is responsible, and Deb wants to help Dexter catch him.

Dexter asks why Deb saved him. She says she couldn’t imagine her life without him in it. Her answer is enough to convince Dexter, and he allows her to help him find Yates.

Meanwhile, Niki admits she looked for Masuka because her mother passed away recently. He’s suspicious after Quinn’s warning and asks Deb to do a background check.

Dexter arrives home to dinner with Quinn, Jamie and Cassie. He likes Cassie but takes off early to scout for Yates with Deb.

Dexter to the rescue

Evelyn is trying to reason with Yates while she manages to call Dexter, and he and Deb trace the number. Yates realizes the phone is on during his conversation with Evelyn. Deb and Dexter know they are running out of time.

Yates appears to be gone from the house by the time Dexter and Deb arrive, but he’s left Evelyn tied up in the closet. Turns out, Yates is hiding under the bed. Dexter pretends not to know where Yates is and then stabs him through the bed, killing Yates. Deb watches the whole thing and seems fine.

Dexter even brings Evelyn and Deb out on his boat when he dumps Yates’ body. It’s the first time he’s ever brought another person out when he gets rid of a body. He says it’s because he wants to be with family.