Eric and Nora manage to escape from Vamp Camp, but they’re the only ones not having a good time. The rest are getting some action that has nothing to do with leaving. 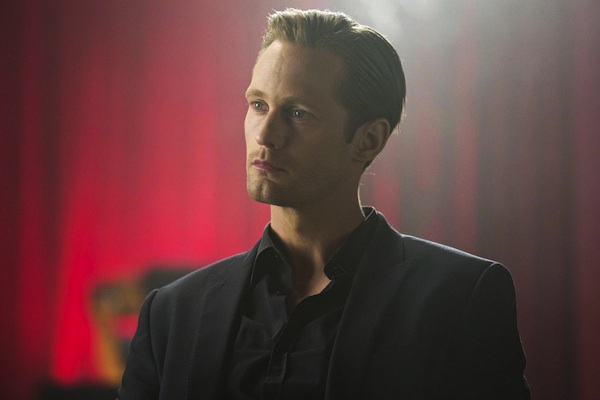 Tensions are rising on True Blood at Vamp Camp and not the type that lead to violence. The vampires have been locked up just long enough that they’re craving something more than blood.

Eric (Alexander Skarsgard) sends Willa to warn Pam and the others that Tru Blood is infected with Hep V.

Eric and Nora escape from Vamp Camp, and Eric takes Nora to Bill (Stephen Moyer) in his desperation to save her. She would rather die than drink Lilith’s blood, though.

Meanwhile, Sarah finds Burrell’s body and vows to avenge his death. She comes up with a plan to proceed as normal by hiding the governor’s death. This way, Hep V can be distributed as planned. If all goes well, the vampires will be infected within a couple of weeks.

Sookie (Anna Paquin) and Ben are in naked bliss together until Sookie hears Arlene crying and goes to help her friend. She leaves Ben behind in the faerie dimension to keep him safe.

Sookie and Lafayette go get the safety deposit box Terry left. There is a letter inside for Arlene with information about a life insurance policy. They realize Terry planned the murder.

Sam also hears about Terry’s death and goes back to Bon Temps. But not before he and Nicole get it on in the shower. Then, he gets her home phone number (Who has a landline these days?) and has her mother come pick her up.

Jessica thanks James with her body

The Vamp Camp soldiers take Jessica to Jason. He admits he was there yesterday when they tried to force Jessica to have sex. She says he can’t stop bad things from happening, and she wants to stay at the prison. What she does want is to thank the other vampire named James for refusing to rape her.

When Jason brings James, Jessica asks for some privacy. Of course, warning James about Hep V isn’t thank you enough. She expresses her appreciation for his decision not to sleep with her by sleeping with him. 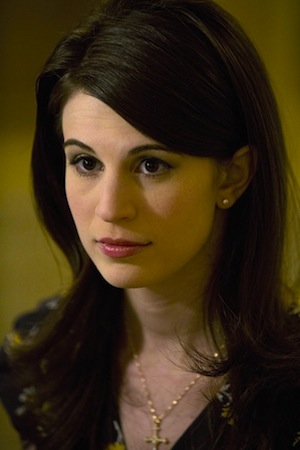 Bill tells Eric about his visions of the future, particularly the vision about Pam, Eric, Jessica and Tara dying in the white room. They need Ben/Warlow to stop the vision from manifesting. Eric agrees to go with Bill if Bill gives Nora his blood. Bill agrees but his blood doesn’t work to cure Nora.

Bill again goes to Sookie asking her to hand over Warlow because they need his blood. She’s conflicted about her decision. Bill watches Andy in the window as he talks to Sookie. Please tell me he isn’t going after Adeline again?

The end of an era

Sarah tells Jason the governor is dead, and then has him arrested. They throw him in with female Gen Pop 1. The girls are hungry, and though Tara tries to help Jason, it doesn’t seem like she can fend them all off. Then, a vampire woman comes forward and claims Jason.

Alcide arrives back with his pack and tells them Sam and Nicole are dead. Rikki knows Alcide is lying. They caught Nicole and her mother and are holding them prisoner. The pack turns on Alcide.

In a flashback, it’s revealed that Eric saved Nora from the plague when he asked Godric to turn her into a vampire.