The cast and creators of Sean Saves the World share spoilers and inside information from the new series, which is coming to NBC this fall. 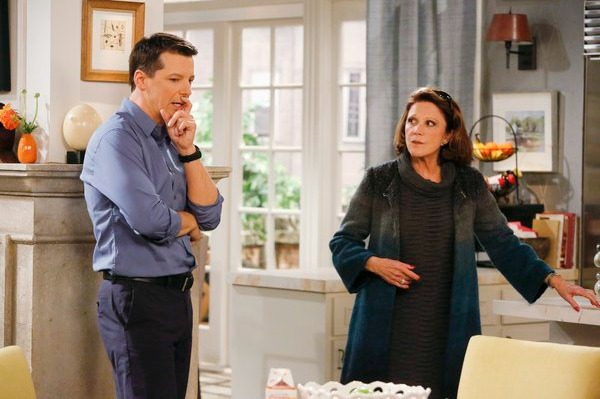 In NBC’s new series Sean Saves the World, former Will & Grace star Sean Hayes plays a single dad struggling to raise a teenage daughter and deal with a nasty boss at work. At the Television Critics Association press day this weekend, the cast and creators were on hand to talk about what viewers could expect from the new series.

Once the panel was introduced, Hayes decided to get everyone’s attention by yelling, “Time to wake up!” His technique worked well, and the energy in the room went up immediately. After that, the panel took questions from the journalists in the audience. The questions ranged from the influence that Sean’s previous work on Will & Grace had on the gay movement in America to how the current show came about — and much more.

Here are a few highlights from the panel:

“I would like to believe it had an influence on the gay movement in America.” — Hayes, when asked about the influence of Will & Grace

“I think, thankfully, [that] it’s an afterthought, as it should be. It’s even sad that that’s a question.” — Hayes, when asked how it felt having a gay character in a lead role on prime-time TV 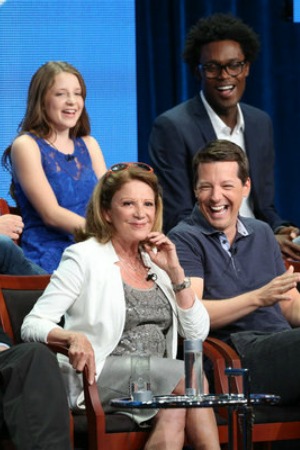 “Have you all been sitting here literally since Will & Grace went off the air?” — Hayes, after the first few questions seemed to focus on Will & Grace

“The pilot was a lovely experience, and I love working with this man.” — Lavin, about her role and working with Hayes

“It’s the best character I would ever hope to play on television. It’s [also] the juiciest. If I don’t get an Emmy out of this, you guys…” — Lennon, (mock) threatening the journalists in the audience

“All I had was Sean in mind when I wrote the script.” — Fresco, when asked how he chose to cast Hayes in the lead role

“I answered an ad in Craigslist.” — Hilty (jokingly), when asked how she got the role on the show

“Yes, well, thank you for that.” — Lavin (drolly), after being reminded that her hit show Alice has been off the air for 37 years

“Good TV is good TV, no matter what year it is.” — Lavin, when asked about how she felt TV had changed since her time on Alice

“I hope not, because it’s in Chicago.” — Hayes, when asked if Sean will take part in the New York gay scene

“I’m so excited about this. I’m excited to be doing a complete 180 from my last job.” — Hilty, about going from Smash to Sean Saves the World

Because Liz doesn’t appear in the original version of the pilot, Fresco shared that Hilty’s character has now become more central to the show. On the show, viewers will learn that Liz was the caterer at Sean’s wedding, knew immediately that he was gay and asked why he was marrying a woman. Fresco also teased that Liz will cause some tension with Sean’s mother as both women battle to be a surrogate mom to Sean’s daughter.

Young Samantha Isler admitted that she was a little nervous when she began working with the high caliber of actors on the show, but she got it over it very quickly after working with the cast.

A big source of tension on the show will come from the fact that Sean is no longer just the fun weekend dad but has to become a full-time parent and disciplinarian.

There are no plans to meet Sean’s ex-wife on the show yet, but viewers will hear about her off-camera presence.

Sean will date men on the show, but more of the focus will be on him dealing with the challenges of being a single dad and having a horrible boss at work.