One of the last pieces of the puzzle is in place for the three remaining Star Wars movies. John Williams has said he will return to score the next film. 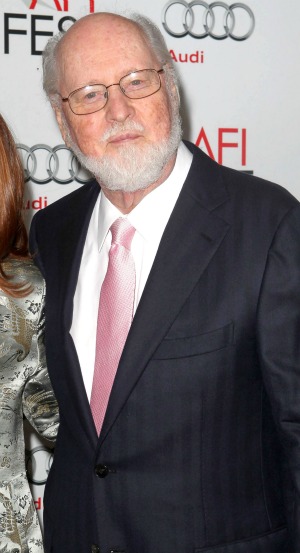 Another big name has been added to the upcoming Star Wars: Episode VII. John Williams has announced he will be scoring the next film in the Star Wars franchise.

Williams has scored all six of the previous Star Wars films, and Lucasfilm announced his return on Saturday at Star Wars Celebration Europe.

“I look forward to returning to a galaxy far, far away. I actually feel like I never left it,” Williams said at the event, via video. “I’m happy to be a continuing part of the Star Wars saga and the joy in the journey of discovery that awaits us all.”

Williams is a five-time Oscar winner, and he has scored films such as Jaws, the Indiana Jones films, Superman, Close Encounters of the Third Kind and others.

Mark Hamill being “talked to” about Star Wars: Episode VII >>

The 81-year-old also created the themes for Star Wars, including many of the epic character themes you may not even notice when you’re caught up in the movie, like the theme when Darth Vader walks and the theme for Yoda.

Despite Williams’ involvement in the film, he hasn’t yet been given any information on the story.

“I’m waiting anxiously like the audience around the world to find out what the surprises are, and discover what my continued role is going to be,” Williams said.

The composer said 47-year-old director J.J. Abrams seems “for me, very young,” but he knows he is the right person for the job.

“He’s also very experienced. He’s had some great success with large-scale projects which are very difficult logistically and mechanically and photographically,” Williams said, according to Entertainment Weekly. “You couldn’t find better candidates for this opportunity.”

Though Williams has scored the other six films, he wasn’t a shoo-in for Episode VII. Abrams has worked with composer Michael Giacchino on the latest Star Trek films as well as on numerous TV shows. But in the end, it looks like Williams was the best choice for the job.