Selena Gomez is a huge force in the music industry, but she has never been able to (legally) hear one of her songs in a club. Now that she is 21, she is finally allowed to go out and dance to her own music. 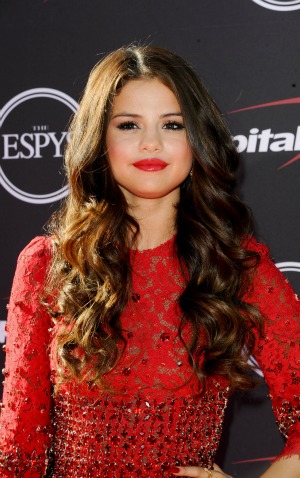 Selena Gomez turned 21 on July 22, and a day later, she released her new album. Stars Dance marks an important milestone for the singer.

“I remember when ‘Naturally’ came out, I was 16 or 17 and it went No. 1 on Billboard’s club charts and I died laughing ’cause I was 16 and I had never even been in a club and my song was doing great in the club,” she told MTV. “It’s like, ‘awesome.'”

“Naturally” came out in February 2010, and Gomez was in a very different place in her life at the time. She has since started and ended a very public romance with Justin Bieber, ended her TV show and released her latest album.

“This is a lot different than any of the records I’ve put out before,” she told the LA Times. “This transition that I’m going through has been really awkward and cool, and I’ve learned a lot about myself.”

Selena Gomez is 21! GIFs that prove she’s not an innocent Disney star anymore >>

Gomez said she thinks “it’ll be funny” when she does finally hear the song at a club, but she really is just excited to hear it anywhere.

Gomez’s newest single, “Slow Down,” could be that perfect club song, and it is quite the change from her previous single.

“Well I wanted it to be different than ‘Come & Get It’ in the slightest way,” Gomez told MTV. “I think ‘Come & Get It’ was more of that sensual vibe and is very beautiful and ‘Slow Down’ is a little bit harder, so we kind of went for more darker themes. And it was fun. The dancing was great and we got to shoot it in Paris, so that was amazing and unbelievable. It was a good experience.”