90210 star Justin Deeley just passed over into the afterlife… as a guardian angel on Lifetime’s Drop Dead Diva, that is! We talked to the former underwear model about his new role — and whether he prefers boxers or briefs. 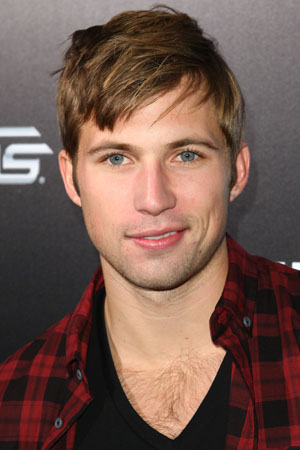 Justin Deeley first came onto our radar when he played California cowboy Austin Tallridge on 90210. These days, the 27-year-old is branching out into another television series, Drop Dead Diva, and a starring role in the upcoming teen comedy Geography Club.

We caught up with Deeley to get the inside scoop on his new heavenly role.

“He’s just truly a child at heart, and everything he does is just very exciting. He’s very enthused about everything, and he’s trying to figure it out,” Deeley said of his guardian angel alter ego, Paul.

“In the first couple of episodes, he’s all over the place and just enjoying life and taking advantage of the things he’s never tried.”

As for where his storyline goes? Deeley said it’ll be all about his relationship with Jane.

Drop Dead Diva is back from the dead >>

As for Geography Club, Deeley told SheKnows that it’s something he’s never done before.

“It’s just about being different in high school and just knowing that, I think the message is that you’re not alone and whatever it is you’re going through, you’re not alone,” Deeley said of the comedy that delves into deeper issues of sexuality. “It does get better, and that’s kind of the message of the film.”

He continued: “It’s a very subtle movie. It’s not that, it’s not like ‘Oh, man, there’s two guys kissing on screen,’ you know. It’s nothing like shock value. Much like The Breakfast Club, it’s a just very subtle film about the different characters that you have in high school.”

SK: So when we Googled your name, a ton of underwear pictures came up. What is that all about?

JD: [Laughs] Well, I modeled underwear obviously. Modeling was kind of my foot in the door. It was great experience. The thing that I learned as a model as far as using your eyes on the camera was very beneficial to me and still is to this day.

SK: Are you a boxer or brief guy?

JD: Boxer briefs. Like boxers just scream wedgie. I can’t wear them — I’ve never liked them. Even as a kid I hated them. And then briefs are too snug.

SK: Who is your Hollywood idol or man crush?

JD: Well I think the work Ryan Gosling does… Anytime I know he’s in anything, I go see it.

SK: So what is a dealbreaker for you in a relationship?

SK: What kind of girls do you go for?

JD: [laughs] A girl who is passionate about something is very attractive to me. And I do love a girl who’s kind of like a child and dorky — you know what I mean — who just has a lot of fun and is very free and isn’t into the whole going-out club scene, needs to go get drunk every night. I don’t need that; I’m too old for that.

Read on for more celebrity interviews