Alec Baldwin played the famous fictional character only once, 23 years ago. But now that he knows what he knows, he wishes he would have stuck with the CIA agent. 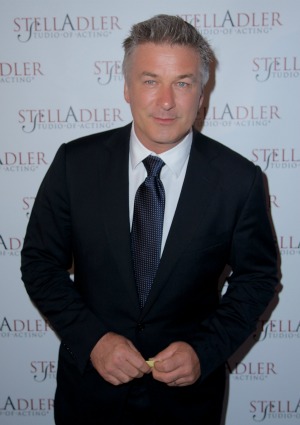 Alec Baldwin played what would become an important role in film history early in his career, but he may have left too soon. The actor portrayed CIA agent Jack Ryan in The Hunt for Red October in 1990.

The film was based on a book by author Tom Clancy, and numerous sequels were made over the years, but Baldwin left the franchise after the first film. It looks like the actor, who has weathered some controversies recently, has regretted the decision ever since.

Alec Baldwin’s dream is to quit acting — and social media >>

“I remember that at the time that happened, I wanted to continue to do the films, and while I tried to work it out that I could do the film and another project that I wanted to do,” Baldwin commented, according to Us Weekly, “they found someone else that they wanted to continue along with in the new film, someone who they had not foreseen would want to go do that with them, so that all got changed.”

Jack Ryan was later portrayed by Harrison Ford (in Patriot Games and Clear and Present Danger), Ben Affleck (in The Sum of All Fears) and Chris Pine in the upcoming film Jack Ryan.

The Hunt for Red October, the first book in the series, was written by Clancy in 1984. The film industry was different in the late ’80s and early ’90s, and that may have affected Baldwin’s decision to leave.

“We shot that film in 1989 and to see where the franchise business has evolved, yeah, I guess if I had any brains, I would have stayed with the franchise, knowing what I know now,” Baldwin said. “Because it does give you some freedom. If you don’t find some way to work in films that are going to make some money, then it’s going to be a tough road. I mean, not that you can put yourself in those films, but if they come your way, to not dismiss them outright and try to have a career like Hugh Jackman, who, I think is probably one of the more successful people in the one-for-them/one-for-me program.”

Baldwin, who later made the jump to the small screen, is currently out promoting his new documentary, Seduced and Abandoned, starring Ryan Gosling. Baldwin has become a fan of the young actor.

Celebs who found soul mates after 40 >>

“I think one of the things that was interesting about talking to Gosling was… you see how kind of edgy and savvy he is,” Alec said. “He’s made a good number of films, but he’s just so much smarter about the business than I was at that age. These young people today who come up, they have to have a realism about the business that I didn’t quite have until I was probably 40 or 45.”

Seduced and Abandoned will air on HBO on Oct. 28.