Shailene Woodley’s new role is strikingly similar to one J-Law has already played, so she asked that actress’s advice when deciding whether it was a good move. 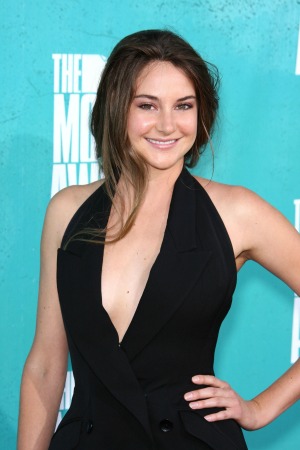 Shailene Woodley spent five years on The Secret Life of the American Teenager, but then she had to decide where her career should go after the show.

The ABC Family drama had her in a teenage-friendly role, and she wasn’t sure if she wanted to stay in that fan demographic after that.

The actress took advice from Jennifer Lawrence when making her decision. When Woodley was considering if she should take on the role of heroine in Divergent, she asked the actress how The Hunger Games franchise had changed her life.

“I still don’t know her. I’ve never met her,” Woodley told Vanity Fair. “She was kind enough — I asked her, ‘How do you feel about Hunger Games and having starred in movies like Winter’s Bone and being recognized for that, do you feel Hunger Games was a smart decision for your personal life and your anonymity?’ All of these sort of concerns one has before taking on a movie like this.”

It appears Jennifer Lawrence wouldn’t change any decisions she has made, and The Hunger Games was an important move for her.

“She said, ‘You’d be a fool not to take it. Some things change. Don’t make a sex tape, don’t do drugs, don’t go to Whole Foods when the movie opens. Other than that, just, like, live your life and have fun,'” Woodley remembers, according to MTV.

She added, “Hearing that from her was really grounding and sort of made the decision so much easier because I do respect her and her choices.”

Divergent is another teen-friendly film that is based in the future. It follows Woodley’s character in a society that separates people based on their traits, and as Lawrence did in Hunger Games, Woodley plays a rebel.

The film premiered at Comic-Con in San Diego over the weekend, and it was a new experience for the actress.

“I had seen it before, but it was the first time I’d seen it on a big screen with large speakers,” she said. “It was such a bizarre experience because we’d just finished filming 36 hours, if that, before. We literally went straight from Chicago to Comic-Con. To finish a movie and then sell it that quickly was a little bit bizarre, but it was sort of refreshing to see it done and not be working on it anymore and to hear others’ reactions and to see how excited they are.”

The book Divergent by Veronica Roth is the first of a trilogy, and Woodley said she expects to appear in the next two films.