If you never had the chance to catch Mike Tyson’s one-man stage show on Broadway last year, you’re 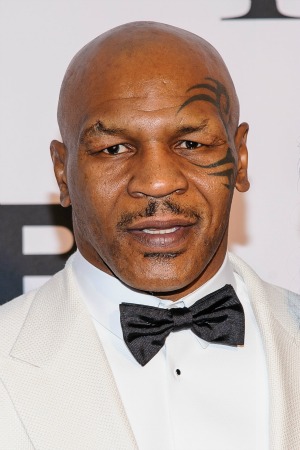 about to get another chance to see it. According to the Associated Press, Tyson is teaming up with director Spike Lee to bring Mike Tyson: Undisputed Truth to HBO later this year.

Tyson’s show ran on Broadway last summer and Lee reportedly used 11 cameras to catch the action from every angle. In the show, Tyson recounts episodes from his past (the highs and the lows), including the time he spent in prison, his multiple marriages, his drug use, being a target for tabloids and even goes into detail about what happened the night he bit Evander Holyfield’s ear.

At the Television Critics Association panel for the show on Thursday, Lee said, “Most human beings are not going to display the dark parts of themselves, the demons they have, to the world. When you see this he’s out there on this stage naked sharing his experience, his ups and downs to the audience and it’s traumatic. It’s the most courageous thing I’ve ever seen in my life. I couldn’t do it and most people couldn’t do it.”

At the same event, Tyson talked about how he felt every time he walked on stage for his show, likening it to getting into the ring for a fight.

What’s the biggest difference between doing his show and fighting in the ring? “I don’t have to go to the hospital after I perform,” Tyson joked.

Apparently Tyson was even excited to just get on stage for the press at the TCA. While Tyson was getting his mic clipped on, Lee remarked, “We had to hold him back until he hears the bell ’cause he’s ready to go.”

Tyson has definitely been a very busy man recently. In addition to the one-man show on Broadway, he also recently got his own animated series on Cartoon Network.

Burn Notice recap: Which is the worse torture?
Top 8 things we know about Under the Dome
Peter Weller to guest star on Sons of Anarchy