Nicki Minaj just got a very public wedding proposal, but the question is whether she was even paying attention. 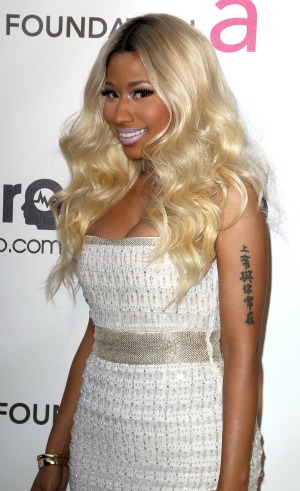 Nicki Minaj may be single, but she was just asked a life-altering question. DJ Khaled popped the question to the rapper in a very public way.

“Nicki Minaj, I’m at MTV. I love you. I like you. I want you. I want you to be mine. I’m here at MTV because it’s a worldwide network,” Khaled said in an interview on the network. “Only reason I’m not telling you this face-to-face is because I understand that you’re busy. Ima be honest with you, I wanna marry you.”

The proposal seemed like it could be a prank, but the DJ then pulled out a 10-karat ring worth around $500,000, according to E! News.

Khaled may just be attempting to get publicity, but he likely is hoping deep down Minaj may just say yes. Despite the very awkward message, Khaled seems sincere.

“That’s why I feel like you need a man like me in your life that’s gonna take care of you and respect you,” he continued. “If you have to take your time and think about it, I overstand. But I know I have to be here today to let you know how serious I am and how serious this is to me. I want to let your fans know, my fans know, my family, your family, that I want to marry you.”

Minaj hasn’t yet commented on the video, but she did retweet it on her Twitter account, so we know she at least saw it.

The DJ may have an uphill battle with Minaj, though. The rapper said earlier this month she treats men like they’re dogs.

Since leaving American Idol, Minaj has been staying busy. She just released a clothing line, and is filming a movie, The Other Woman, due out in 2014.