When Miley Cyrus cut all her hair off, it seemed like a shocking event. But it turns out it may not have been as shocking as everyone thought. The singer said her long, flowing hair was never her own. 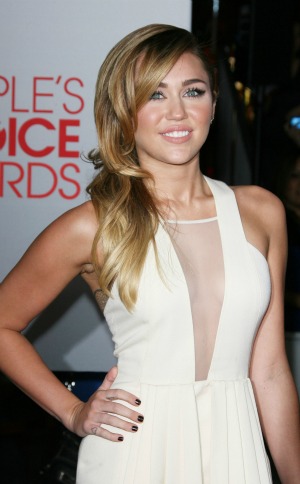 Everyone knows Hannah Montana’s superstar blond hair was a wig, but what about the other side of the character?

That simple girl, who was also a pop star without her friends knowing it, always had beautiful, long brown hair. For Miley Cyrus, who played the character with a split personality, photos of her past life bring nothing but memories.

Cyrus spoke with the magazine about her hair, her fashion influences and her love for the Olsen twins.

The singer caused quite the shock when she cut her hair off and bleached it, but it turns out that may have not been as dramatic as it seemed.

The transformation for the 20-year-old was almost a year ago, and it wasn’t anything she planned. But it sounds like shedding the extensions was an attempt to shed her young persona.

“I was in Philadelphia working. I met Chris McMillan at my hotel room,” she said. “I had him cut it, bleach it. And I got on the train that night and someone recognized me right away. I was like, ‘What d’ya mean!’ I don’t even look like myself to me now.”

Since her Hannah Montana days, the singer and actress has become something of a fashion icon (despite a few fashion fails), and she explains that’s not by accident.

“It’s kind of just been like an organic thing,” she explained. “And as I take more control of my life people are following that. I look online at blogs like all night, when I’m falling asleep. You know when you’re falling asleep. All of it’s in there.” (taps her head)

Besides research, she also admits she has two very surprising influences over her fashion.

“I’ve been obsessed with the Olsen twins since I was like 5,” she revealed.

But it sounds like the twins inspire more than just her fashion. Cyrus seems to genuinely admire everything they do.

“I’ve seen every movie, literally, you could ask me any movie,” she said. “And I’ve seen like all of them and they actually did like a school of fashion when they were like 10. They were wearing like the most amazing clogs.”

Miley Cyrus has a new album coming out soon, and at least a few tour dates. Her first single “We Can’t Stop” is out now.

Miley Cyrus thinks she was Lil’ Kim in her past life
Battle of the ex-Disney stars: Miley Cyrus vs. Selena Gomez
Why Billy Ray Cyrus and Tish Cyrus called off their divorce