Frank Ocean’s tour through Australia is on hold after being diagnosed with a small tear on one of his vocal cords. The R&B singer needs time to heal. 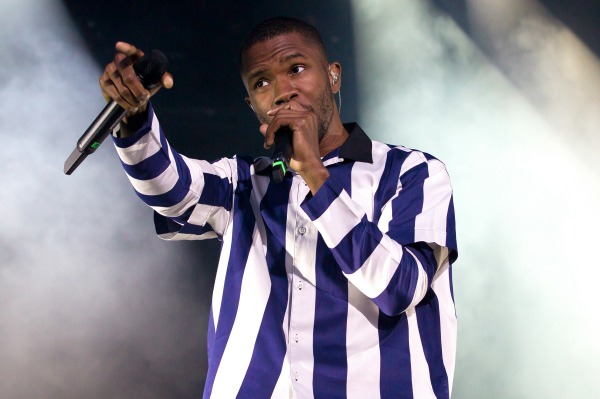 Frank Ocean‘s tour Down Under wasn’t supposed to include him feeling under the weather. Unfortunately, that’s exactly what happened to the R&B singer this week during his mini-tour to Australia.

He kicked off his series of concerts in Melbourne on Thursday night. It was clear on opening night that Ocean was not feeling up to par. According to Billboard magazine, the singer was singing off-key throughout the evening.

During his song “Forrest Gump,” Ocean said, “I’m sick… I don’t know if you care.”

He was feeling so poorly that he didn’t even end the show with an encore.

The Grammy winner told the audience, “I don’t wanna speak much tonight but I do wanna thank you guys.”

The musician sought out medical treatment after the concert and he received some bad news from his doctors.

According to a statement from concert promoter Live Nation, “After last night’s concert… it was necessary to seek medical advice due to vocal issues Frank Ocean experienced during the show. It has subsequently been confirmed that Frank has suffered a small tear to one of his vocal cords and has received medical advice that he must rest his voice.”

On the mend: Randy Travis stabilized and awake >>

It’s a big disappointment for his fans since Ocean was scheduled to perform in Melbourne again on Friday night and then head to Sydney for two scheduled shows on July 29 and July 30. He was also supposed to appear at Sydney’s Splendour in the Grass festival on Sunday, but that cameo has been scrapped, too.

A festival spokesperson talked about the disappointment, “With Splendour already in full swing, this is devastating news for the event and will be for many of our patrons.”