Justin Bieber has been receiving a lot of bad press recently, but lucky for him he has his grandmother to support and defend him.

Justin Bieber has been getting a lot of bad press recently and it seems only right that he needs someone to defend his bizarre behavior. The person who has decided to take on the role of defender is none other than the singer’s maternal granny, Diane Dale. 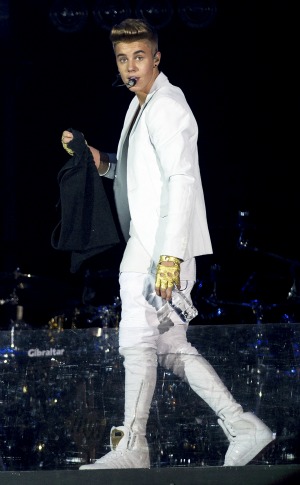 Bieber’s recent outrageous behavior includes peeing in a mop bucket while shouting “F*** Bill Clinton,” allegedly spitting in a DJ’s face and partying at nightclubs, even though he is underage.

Diane Dale told Canada’s CTV, “It’s totally crazy. I feel sorry for Justin all the time because paparazzi pick on him all the time.”

“Anybody else’s kids have done the same thing but nobody says anything. He’s a 19-year-old boy. And before you criticize him, say, ‘What is my 19-year-old boy doing?'”

It is lovely to see Bieber’s gran come to his rescue; she has insisted that her grandson has not changed, despite his massive success and wealth.

Dale recently tweeted, “‘Well the kid hasn’t changed much’ is one of the biggest compliments we have received.”

While his grandmother may think that his behavior is normal and that these mistakes are all just part of growing up, his mother, Pattie Mallette, has not wanted to speak about her son’s recent antics.

Mallette has reportedly asked journalists this week not to ask her about his controversial antics while promoting her new autobiography Nowhere But Up: The Story of Justin Bieber’s Mom.

However, Mallette has previously revealed that she believes Bieber is just going through a rough patch and he will be fine in the end.

She recently told E!News,”My son is not a public figure to me, he is my son. I can’t predict what’s going to be in the headlines.

“Justin has always been someone who has to do things his way. And I have to be able to believe he will do the right thing and he will come out on top.”

At least Bieber has people who love and support him, regardless of his bad decisions. What are your thoughts about his recent behavior? Could Bieber be heading towards a mental meltdown?