Kristen Wiig has dreams of creating a family, although her recent split from long-term boyfriend may set that goal back slightly.

Kristen Wiig is known to be the funny girl, starring in countless comedy roles, and we have all come to love the Bridesmaids star. However, Wiig is not be laughing right now, having recently split from her boyfriend, Fabrizio Moretti. 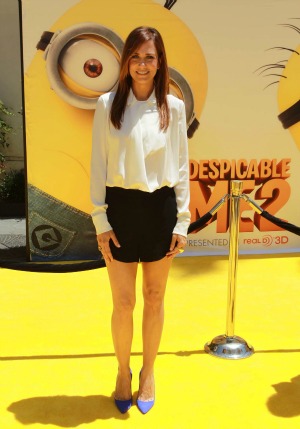 The actress and The Strokes rocker have recently decided to end their relationship after dating for approximately 18 months — but luckily the pair have ended things on friendly terms.

A source told Us Weekly magazine, “It was very amicable and they will remain friends.”

The former Saturday Night Live star recently admitted she would love to start a family in the near future, having told Look earlier this month, “I’d like to have a family… I would love to have kids.”

Unfortunately for the actress and comedian, she may have to wait a little longer until her dreams of marriage and a family are fulfilled, given her recent breakup.

Wiig was married in 2009 to actor Hayes Hargrove, but the pair split after just four years of married life.

She explained in an interview with Look, “I believe if you’re in a good, healthy relationship, there is nothing better. I don’t have a specific stance on marriage. I think it’s right for some people, and I know a lot of people who didn’t believe in it, then they met someone.

“It depends on what your definition of marriage is. If you find that one person who makes you really happy, it can work and if it’s worth it, you just have to keep fighting for it.”